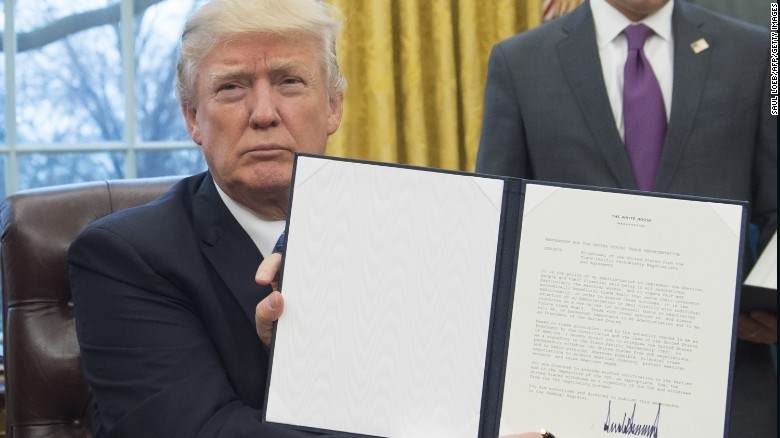 ‘The Donald’ announced on Tuesday 16/5/20 that chokeholds "will be banned, except if an officer's life is at risk".

The problem is that every time a fatal chokehold has been carried out, officers have time after time claimed their lives were at risk.

Mr Trump remarked: "We dealt with all the various departments and everybody says it's time, we have to do it."

He added: "Additionally we are looking at new advanced and powerful, less-lethal weapons to help prevent deadly interactions.

"New devices are being developed all the time and we're looking at the best of them."

It’s worth noting that despite the executive order, chokeholds are already banned in most police departments across the US.

The above, at face value, seems to pose a logical problem: if chokeholds are largely banned already, why do black Americans keep getting put in them?

The executive order comes weeks after Minneapolis police officer, Derek Chauvin, murdered the African American man, George Floyd, through the use of a chokehold.

Chauvin suffocated George Floyd - who screamed “I can’t breathe” 16 times - over the course of 8 minutes and forty-six seconds.