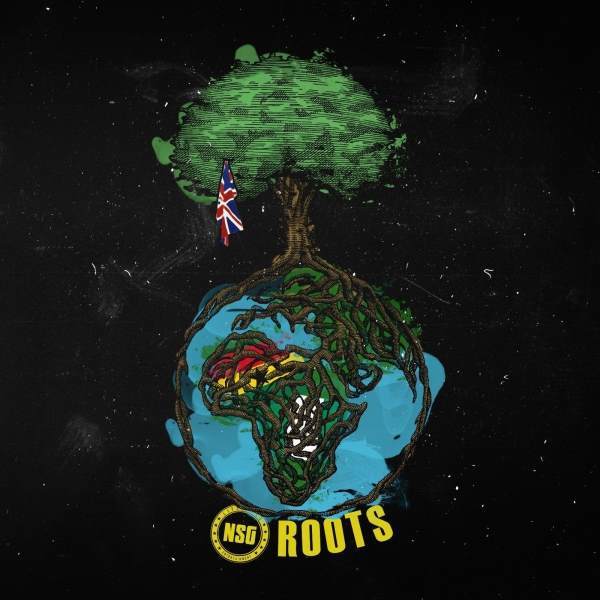 NSG has returned with a Mixtape Roots with 18 tracks!

The group has definitely had an impact on the countries music and charts, they've continued to dominate the scene, they've given us clean shot videos with heartwarming scenes, travelling back home and giving us the vibes here in their hometown London.

Coronavirus has made it difficult to enjoy this summer with flights and out-door attractions being prevented from happening, NSG has given us Roots which includes collaborations from UK Moguls such as Tion Wayne, Chip.

The previous Mixtape Grown Up was released in 2017, Roots has certainly been long overdue but it was worth the wait!
My personal favourites on this mixtape will be 'Zanotti', "she gets extra naughty when I put her in new zanottisss!" this song symbolises their success and lifestyle, wealth and fashion, NSG has been known for their style of clothing, colour, accessories but it's more than photographs and 'flexing', they've brought their clothing style and expensive fabric into their music, "Pretty Gyal wan spend more money, but she can only stay the night!" 'Zanotti' is track 7 with numerous punchlines and bumpy basslines, honestly a hit with promising Tik-Toks and dance videos to happen upon this release.
My second personal favourite track on Roots is Nonsense (Track 4) featuring Chip, Ogd NSG who is always bringing us endless hooks on most tracks has absolutely ripped his verse on this song. Ogd gives us a new refreshing Pop-oriented sound of afrobeat with his ability to cook up a record on any beat, Chip appeared on the song and certainly kept up with the vibe, Chip has proven these years that he is very versatile and can crush any beat and genre handed to him.
Track 5 'Tinder' gives us another OT bop vibe but sets aside from it by catchy melody and afro instruments which were produced by NSG's very own production team "4Play" which consists of Ogd and Mojo, listening to this I've noticed Kruddz (NSG) crushing the hook, he has been known for his change of sounds, I've been a good fan of NSG since they started out on this very own Channel with tracks such as "No Jamo Full ghana", "Referee/Pick Up The Phone", they've brought us 'Trap' Music, Rap, Afrobeat in their careers hence why I am generally impressed each time I witness a project like this, the group really took the UK by storm from when they created their wave in 2017's Yo darling which won over the females in the country.
Onwards to my next favourite would be Track 6 which is right after the previous banger, this tape has been mixed and mastered to perfection, courtesy of Ogd and Kruddz's wizard of a producer brother JAE5.
Track 6 - 'Why Stress' "shots like isco, finesse like Rooney" is my favourite punchline I've caught out throughout the track, this song synchronizes their every dance move 'Ot Bop', this song is filled with melody and bass which consistently drops, certainly made me bop my head!
The rest of the tape consists of slow jams and upbeat songs which you've never heard before from this group, they've delivered love songs with acoustic beats but I will reframe from spoiling the bangers by alerting you to listen to this powerful mixtape. NSG continue to show us in these challenging times with COVID-19 and racism that a group of strong Ghanian and Nigerian men can rise to success.
Share on facebook Tweet
Author: NJ
@9onenj@9onenj