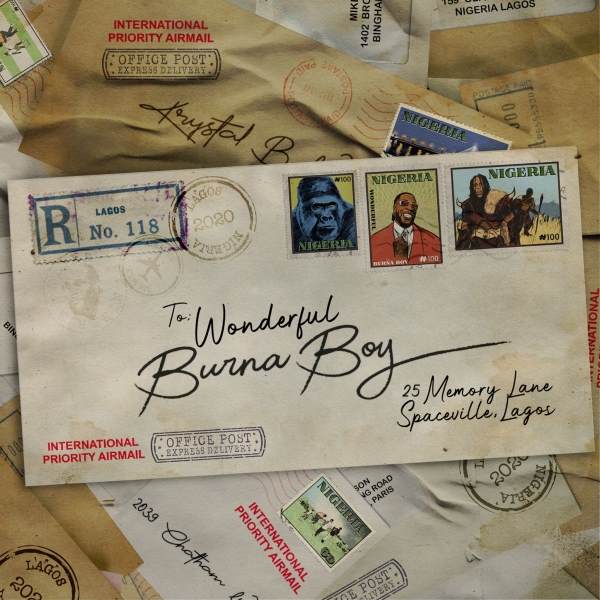 Last year Burna Boy released the album that kept on giving with 'African Giant.' Each time I went back and listened to that album, a new song became my favourite. And of course I wasn't the only one, in fact the album was featured on many year ends lists and received a Grammy nomination for 'Best World Music Album.'

With an album that made such a huge splash, receiving both critical acclaim and you'd think Burna Boy would take sit back, relax and reap the rewards off a hugely successful album. But instead he gifts us with the first single off his brand new album, Twice As Tall, coming later this summer.

The song titled 'Wonderful' is the perfect soundtrack for this uncharastically hot weather we are having right now, bouncy, vibrant, full of life with Burna Boy floating all over the track. The song is just a good vibe that is sure to bring everyone together on the dance floor.

As Burna Boy himself put it: “It’s important for me to show that music is a uniting force that transcends state lines, barriers and borders. This song is about the ‘wonders’ of seeing the impact of my music on people’s lives as they shared their joy, pain and pleasure with me while I toured the world. It serves as a note that no matter how far you go, or how hard you work; you must be ready to come home, the pandemic forced us all to take refuge in our homes. Above all, Africa is home, it is the motherland to all people. For us to truly matter, Africa has to matter.”

You will be hearing this one coming out of car speakers, at the BBQ and at weddings.

Check it out below and let us know what you think.