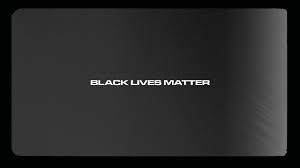 Stardom joins a few artists within the UK Music scene as he pours his heart out, creatively expressing his views on the topics of race and police brutality.

On the heartfelt instrumental Stardom uses his lyrical talent to make mention of some victims of police brutality such as Trayvon Martin and Sandra Bland, as well as mentioning Huey Newton - the icon.

The music video depicts scenes from the Black Lives Matter Campaign which took place across London and differnt towns/cities within England. It is a very emotional record that is bound to touch hearts. It's nice to see an artist in the U.K. taking a stand for the people.

Watch the music video below.

Big Tobz drops the visuals to 'My Sw...

Who produced the hottest beats last ...

Big Tobz drops the visuals to 'My Sweetie'