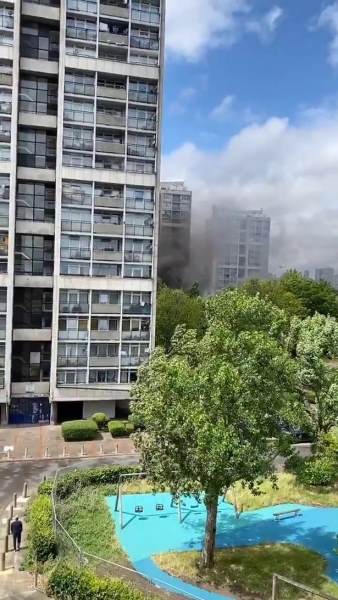 Around 60 firefighters have tackled a fire at a block of flats in south London this afternoon. Eight fire engines dealt with the blaze in the Brandon Estate on Otto Street in Kennington. The fire originally took place on the first floor of Walters House, which is located not far from Kennington Park. Several images and videos posted on social media showed smoke rising from the burning building.


Around 100 people were evacuated from the building and a number of other residents stayed in their flats, firefighters said. A clip shared on Twitter shows several people running away from the building as flames and smoke can be seen from outside.

Huge fire on the Brandon Estate in Kennington. @LondonFire did fantastic to contain the fire very quickly. Sadly the flat is completely destroyed pic.twitter.com/4R31PQFZI9

Praying for the families of Brandon Estate in Kennington 🙏🏿❤️ pic.twitter.com/3fLi97MYGh

Fire in a flat in Brandon Estate, Kennington pic.twitter.com/ECl5iHiWaY

We're praying that no one has been seriously hurt.