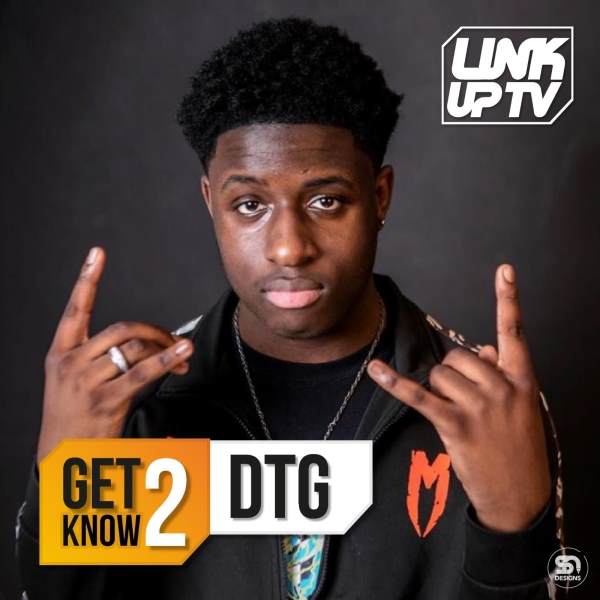 Hailing from Croyden, South London, Deji The Gamer, commonly known as DTG first shot to fame as a YouTuber, accumulating more than 167,000 subscribers on his channel with consistent challenges next to off the wall and engaging topics on his vlogs. Stepping in to the musical landscape with a healthy following, DTG's social media prominence rose with releases such as 'Theresa' and 'Rover' which saw his music being played internationally after going viral on crowd pleasing platform Tik Tok.

Rae: What initially attracted you into making YouTube videos and how long did it take you to build your fanbase?

DTG: I feel like everyone as a child in the U.K grew up watching the Sidemen, that’s KSI and his group, watching videos that were related to gaming and football are two things I’ve always enjoyed even now, I kinda thought, rah, I can do this myself. It kinda just started when I was 16, and in September 2016 I first had a video that did very well for me. In December 2017 my ‘Man’s Not Cold Remix’ which was a parody funnily enough took off and it got me the exposure that I needed. I’d say it took me a good year or two to build my platform properly on YouTube.

Rae: Do you feel like you had a smooth transition into the music industry because of your YouTube status or did your followers take a while to adjust to your new pursuit?

DTG: Yea, taking away the following that I have, my following definitely came from YouTube and now music as well. In terms of actually putting out music, I feel like I’m still very much up and coming. A lot of people that follow me became fond of my personality and quite a few stuck with me for the music. When I did ‘Theresa’, it was a very highly anticipated song because I was promoting it on my channel for a while. It was all still new to me because it was separate from YouTube, it was me grinding in the music industry which was a separate thing. It definitely helps having a platform, other than that it’s still the same hustle really…so kinda yes and no at the same time.

Rae: If it wasn’t for YouTube and music, what do you think you would be doing?

DTG: That’s a good question, I mean I’ve always been quite skilled in the I.T department hence why I felt like I could definitely take on YouTube because obviously other than recording and planning, it’s all computer based like editing and designing stuff. Maybe I would have got into commerce or coding. I knew for a fact no matter what happened, I didn’t really want to go to university. I just felt like I didn’t want to wait to finish uni to start my life and I know that’s what a lot of people really end up doing…coming out with a degree and you still have to look for work. It was good to have the knowledge about YouTube, so I just chose that path and stuck with it.

Rae: Who are your musical influences and who are you currently listening to?

DTG: There’s quite a few, Yxng Bane dropped his ‘Quarantime’ album, that’s an amazing project. In terms of musical influences, I’d say John Legend 100%. I listened to a lot of Michael Jackson when I was growing up but I wouldn’t say that had an influence on me personally. Justin Bieber, I can’t lie, I can’t miss him out. I feel like Drake as well, but I wouldn’t say his music’s an influence, that’s just someone that you can’t not listen to. In the U.K scene right now definitely as mentioned Yxng Bane, on the drill side of things, Fizzler, who I listen to a lot, he’s dropping music like everyday… big up Fizzler for the consistency. I feel like everyone in the U.K’s making amazing music. I’m just listening to everything really.

Rae: You hit a milestone when ‘Rover’ went to number 3 in the U.K charts. What do you think it took to get yourself in the position you’re in now?

DTG: On ‘Rover’, S1mba made the song and put me on, initially it was doing quite well for both of us really, I always had the streams and the views were doing alright. I use Tik Tok quite a bit and I put the song on that platform. I made a playlist including ‘Rover’ on it and it got quite a lot of exposure. From that some random stranger, his name’s Joseph actually, he made a dance.. I still don’t really know how to this day, but it just popped off and a lot of people started to do it. A lot of people in Australia were doing the dance and from there it went world-wide really.

Rae: Who would you like to see yourself collaborate with and why?

DTG: I don’t know.. I couldn’t just put a name down, there’s a lot of people that I’d like to work with. When I write music I come up with the chorus first, so once the hooks already been made it just needs verses which I just do myself. I guess Dappy, I think our two sounds would go well together, even Lotto Boyzz, the whole Afro swing genre, I think anyone who’s doing that really.

Rae: You’ve recently dropped your latest release ‘Dem Boys’, what can we expect to see next from you?

DTG: Keep an eye out, I’m gonna be very consistent from now, I’ve got another tune ready to come out very soon. I’m gonna keep recording, keep working and keep up the momentum. ‘Dem Boys’ has come out at mad time with what’s going on in the world. I, as well as the whole of social media are more focusing on the madness that’s going on and trying to use my platform for the bette