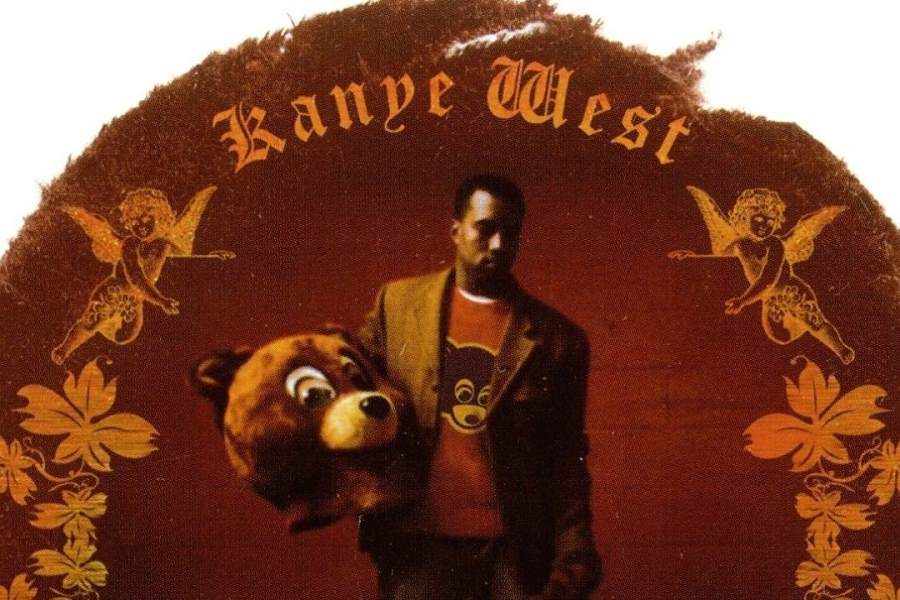 One opportunity I’ve relished throughout this extended period of COVID, financial strain and uncertainty is the chance to revisit some of my favourite albums from years gone by. With music being so readily accessible now, in a market saturated by sub-genre and 22 track playlists geared towards high streaming revenue, it’s easy to forget some of the innovative bodies of work which formed our early musical opinions. In my case, I’d forgotten what made me fall in love with certain musical minds. So, with that said I arrive at my point. I’ve had the idea for a while to introduce a revisited series, where I take a look at the early works of the Kendricks, Gambino’s, Cole’s and other iconic figures of this game we call rap. There will surely be some UK additions to the roster too, but I want to kick things off with a bang. It’s time to talk Ye, and it’s only fitting we take this back to the start.

Kanye wasn’t always a controversial figure in the public eye. He began his journey as a dreamer, a kid growing up in the south side of Chicago with creative aspirations most would disregard as unrealistic. Few people in music are more divisive than Ye, and it’s his unparalleled boldness which brandishes him with a love or hate quality, with very little middle ground. He simultaneously propels himself to new heights whilst tarnishing his media image, but in respect to just the music, the man is an undeniable genius. In this series, I want to break down the evolution of Ye not only as a musician but as an individual also. The events which led to new inspiration, and dramatic changes in personality. Let’s begin, people.

Relocating to Chi-Town from Atlanta at only 3 years old, it was soon after a young Kanye Omari West began writing poetry in his first creative venture. Raised by Donda West, his interest in the arts only intensified throughout his childhood and early teenage years. The two shared an unbreakable bond, and when the beginnings of a career in music began to show on the cards, her support was unwavering. At 13 years old it was Ye’s mother who rented a studio exclusively for him to record his maiden song. His musical talent was always encouraged and actively nurtured, with producer No ID adopting a mentorship role at this formative time. Yeezus fans know his impressive signature quality for sampling on beats, and it was here that the technique was introduced to his formative mind.

Dropping out of college, Ye began plying his trade as a producer, constructing tracks for the likes of Rae-Kwon, Eminem and Mace to name a few. His name was beginning to gain traction on the scene, but his breakthrough didn’t arrive until he worked on Jay-Z’s 2001 classic ‘The Blueprint’. The video footage captured when Jay heard the groundbreaking selection of instrumentals for the first time makes for the moment in history-Esque watching, as his face remains alight with wonder throughout its duration. The kid had a knack for creating new sounds, something now even the haters can recognise. Kanye with this release solidified himself as one of the most promising and enthralling producers in the game, but his real passion was yet to be realised.

Footage of freestyles began to circulate, with the prospect of Yeezy the performer quickly becoming reality. It’s amazing to look back at debut albums of the world’s biggest stars, which often arrive in an unexpected fashion. ‘The College Dropout’ was no exception. From the jump, Kanye broke the mould. The standard early 2000’s spitter took on a very different aesthetic, and furthermore, their sounds differed massively. This meant that by some his work was foolishly overlooked or dismissed, with heavyweights like Nas and 50 Cent spearheading the idea of what a rapper should look like, labels shallowly pushed Ye aside due to his lack of ‘street credibility’ and image. He hadn’t lived that life, and drive by’s, gang signs and hood life was absent from his lyrics, and these seemed to be the ingredients for success pursued by record companies at this time. Can you imagine passing up on signing Kanye West? Eventually, he was, of course, welcomed into the Roc-A-Fella family, but even then you got the impression his beat-making ability was their prior concern. His own peers underestimated him, something which followers of the culture know now to always be a mistake. Before minds could be changed and heights reached, however, came a crushing new low.

On October 23rd 2002 Kanye was involved in a horrific car accident, smashing his jaw into pieces. This resulted in doctors literally wiring it to his face in order to keep it intact, breaking his jaw again during reconstructive surgery to achieve this. Present was a real possibility that he would never speak again, let alone perform or record music. But when did Ye ever let disaster stop his craft? In a sheer display of will and perseverance, just two weeks after the accident he returned to the booth determined to silence those who doubted him. A true Kanye moment, and thus, ‘Through the Wire was born.

Ye is a boundary pusher, someone who always stretched his creative limits in order to prove his doubters wrong. ‘Through the Wire’ personifies this, and marks a real turning point in the history of his decades-spanning career. He was able to lay down an impressive and heartfelt track with a wired jaw, and Kanye himself took this as a sign from God that he would soon ‘be given the world’, and also as a stark reminder that it could be taken away from him at any moment. Of course, this mentality hasn’t lasted until now, but it’s important to remember the man’s humble beginnings. The track proved enough for Roc-A-Fella to commission work on a debut album, a project that would rewrite the possibilities and chorus of Hip-Hop forever.

West was aware of the opportunity he had been given, and didn’t want to appear as another run of the mill rapper. He identified an opportunity to bridge the gap between varied demographics of listeners, forging new sounds whilst projecting relatable subject matter. Catchy chorus’ would bring in waves of new listeners, with samples pulling interest from the worlds of Jazz and Soul as well as Hip-Hop. Ye demanded respect for his groundbreaking work and made tracks unpacking relatable everyday issues. His songwriting skill provided an enjoyable experience for both casuals cross-genre listeners and hardcore lyricism fans alike. On this tape, you could hear Jay-Z and Mos Def spit with stature and conviction, but also be exposed to spoken word poetry.

Ye’s technical skill as a rapper may have been limited in his early years, but on ‘The College Dropout’ he maximises on his potential immaculately. He talks about acceptance, his beginnings and transformation into the ‘Louis Vuitton Don’. He speaks of conquering adversity and showcases the signature production style which birthed his reputation. There is always a level of empathy present throughout the album, tucked neatly behind the bravado we all expect. ‘All Falls Down’ breaks down issues within the American Dream, tackling consumerism and its link to personal insecurity. ‘Jesus Walks’ while proving an incredibly catchy and anthemic banger breaks down Ye’s relationship with God, where he shows great humility. One constant in his life has been religion, something that is there for him always despite the trappings of fame and success.

‘Spaceship’ underlines the familiar issue of being caught in a dead-end job, focused on collecting rent rather than the pursuit of happiness and success as an artist. He highlights the soul-destroying feeling of sacrificing creative output, where many become another cog in the great capitalist system. ‘Slow Jamz’ remains one of his most recognisable hits and features some of his wittiest and most complex rhymes to date. With the feature list on the album also providing further highlights through the likes of Twista and Jamie Foxx. Closing out the tracklist ‘Last Call’ provided the framework for many cheap imitations when for over nine minutes Ye details the lengthy process that led to him being signed. The inclusion of micro-interactions with label staff and peers in great detail highlights how difficult the journey really was, and he shames doubters whilst giving props to the individuals who championed him. The track feels so personal, and it signifies his transformation into a fully-fledged Hip-Hop artist. The project was in the history books, but his ascension to stardom had only just begun.

The future would hold many more successes for West, with a bucket load of controversy thrown in for good measure. And with that said I’ll pick up where I left off next week, with Late Registration. In Yeezus we trust, peace!