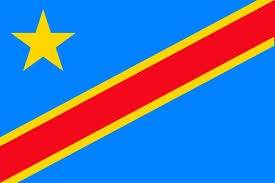 It’s a big day for the DRC as today marks 60 years since it gained independence from France. Formerly known as Zaire, things haven’t always been easy for the central African nation as it has been plagued with civil unrest over the years. However not today as Congolese people worldwide rejoice.

The Congo was always of interest to Europe due its richness in natural resources such as zinc and rubber, so when Europeans discovered, sorry colonised the DRC, we bled it dry and the nation has been on the receiving end of our uncontrollable greed ever since.

It may be news to some readers that France, despite having ‘control’ of the DRC until her independence, didn’t actually ‘discover’ the DRC. Belgium did. King Leopold II to be precise, and he was a complete and utter sadistic racist. It is estimated he killed around 10,000,000 people in the DRC alone, which is give or take the same amount of people Hitler murdered.

A shining example of Belgium’s role in Congo’s destruction was their child colonies. These colonies consisted of orphaned black children being kidnapped and sent to Catholic schools run by white invaders, where they would be forced into being soldiers. More than 50% of the children sent to the schools died of disease.

Considering the above, the DRC has come a long way in such a short space of time. Big love to all our Congolese readers!