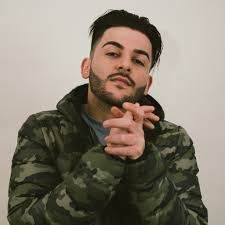 G3orge-3 has dropped some new visuals to You Knew. The artist kicks of the song with some melodious vocals. As soon as the beat drops, G3orge-E switches to a hard-hitting flow, showing that he is capable of both.

During the track, we hear the artist talks about the trials and tribulations of life. He connotes perfectly what he is about and some of the struggles he has endured through his lyrics. The instrumental coincides perfectly with the vocals. The piano keys help with the sombre feeling the track portrays.

Halfway through the tune, we hear G3orge-3 turn it up a notch with the vocals as he delivers a strong and melodic chorus. You can feel the emotion in his vocals, as well as his bars.

There is not too much going on in the visuals. We see G3orge-3 alone reciting his bars outside a restricted area protected by a barbed wire fence. Other scenes, we see the North London artist rapping under a bridge and inside of a car. You can certainly argue that less is more in G3orge-3’s case, as the message and the entertainment aspects come solely through the artists’ hard-hitting lyrics and vocals.

Check out the video and let us know your thoughts.