HomeNewsGovernment promises £1.5bn to save Arts venues from going under

Government promises £1.5bn to save Arts venues from going under 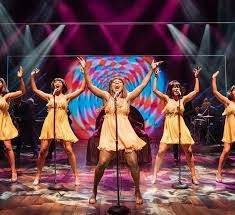 After weeks of industry leaders claiming venues were on the cusp of collapse, the government has promised a £1.57bn cash injection to prevent UK theatres, museums and other cultural venues from collapse.

A number of theatres have recently announced plans for mass redundencies, after being closed since lockdown started in March this year.

Boris Johnson said: "From iconic theatre and musicals, mesmerising exhibitions at our world-class galleries to gigs performed in local basement venues, the UK's cultural industry is the beating heart of this country.

"This money will help safeguard the sector for future generations, ensuring arts groups and venues across the UK can stay afloat and support their staff whilst their doors remain closed and curtains remain down."

The pricey lifeline comes after panic-stricken lobbying by the arts world which included a social media campaign, and even by claims that the Royal Albert Hall will go under without a cash injection.

It is thought that 350,000 people in the recreation and leisure industry have been furloughed since the pandemic began.

It is believed that regulations on the re-opening of performing arts - which will inevitably begin with performances behind closed doors - will be announced in the coming days.