HomeNewsPrecaution in part of China after case of bubonic plague

Precaution in part of China after case of bubonic plague 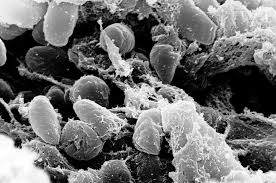 Yes, the bubonic plague. The one we all studied at school. Please God not an outbreak of the plague. According to a state report, the herdsman, from the autonomous region of Inner Mongolia is self-isolating and is in a stable condition.

Officials say they are also investigating a suspected second case of the disease. The first case reported on Saturday at a hospital, it is unknown how the patient contracted the illness.

The suspected second case concerns a 15-year-old, who came into contact with a dead animal. The Bubonic plague is one of, if not the deadliest epidemic in human history, killing around 50 million people across Africa, Asia and Europe in the 14th century.

There was another large outbreak of it in 1665 in which a fifth of London’s population perished. It must be noted however that cases of the Bubonic plague are extremely rare. Two people died from it in 2017, however, that was after eating the raw meat of a wild animal.

Infectious diseases doctor at Stanford Health Care, Dr Shanti Kappagoda said: "Unlike in the 14th Century, we now have an understanding of how this disease is transmitted."