Mayorkun Links Up With Davido For New Track 'Betty Butter' 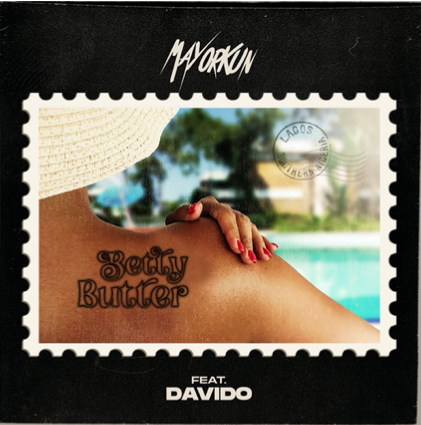 After teaming up with the likes of Chris Brown, Summer Walker and Popcaan recently, Davido has teamed up with Mayorkun for his new song 'Betty Butter'. Mayorkun and Davido have never linked up before but have come together for the Nigerian's 3rd single, where the young rising superstar is courting a young woman in the video.

The video is comical and seems to show both artists showing an interest in the same woman, only for her to be playing games with both them.

Speaking about the process of making the song Mayorkun said, “Betty Butter was such a fun track for me to write - I actually took inspiration from a conversation myself and Davido were having about social media, women etc the video just emulates the song perfectly. Super excited to see the reaction from the fans on this one!”

Mayorkun is signed to Davido's label DMW and has had a successful 2020 so far, previously releasing tracks "Geng" remix next to UK's own Ms Banks and Russ and 'Of Lagos' which had radio success on BBC 1Xtra.

The self-proclaimed 'Mayor of Lagos' is one of a string of artists coming straight out of Nigeria and is preparing himself for a huge summer with this banger.