HomeNewsAnthony Joshua pleads for athletes to unify against racism

Anthony Joshua pleads for athletes to unify against racism 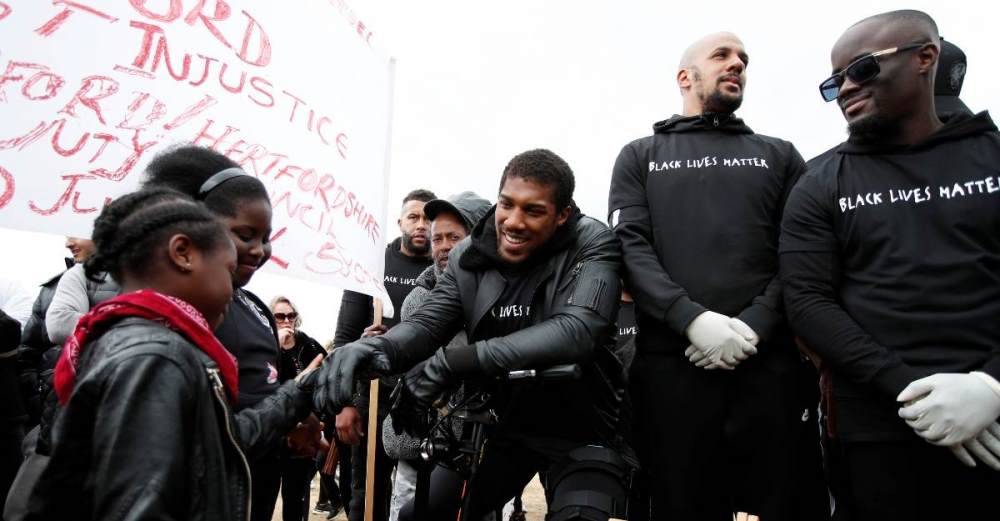 World champion Anthony Joshua is continuing to rally and fight against racism. On The Sun’s Time For Change Debate, the thirty-year-old heavyweight has called upon his fellow athletes to speak out against racism across the world; and unite together to end racial inequality.

"Athletes have the biggest platform, so we all judge on that", said Joshua. The boxer is no stranger to expressing his views, as last month he was seen and heard at the Black Lives Matter protest in Watford speaking up for justice and equality. “I think an individual trying to make a change is a lot more difficult than a union of people trying. And I think the images that we need to represent are important.”

Joshua was welcomed by his community in Watford on the day of the Black Lives Matter protest where himself and hundreds of other protestors gathered and shared their experiences and thoughts.

"In 300 years, when none of us are here, there’s going to be everlasting change. Whether it turns into a hashtag or not, this moment will never be forgotten.”

Joshua’s plead for voices with huge followings to step forward shows a champion inside and outside of the ring. With Joshua headlining in other news for potential fights in the boxing world, it is clear to see his true fighting spirit is leading him to what is righteous.

Make space for what matters ✨ pic.twitter.com/57goMujaCQ