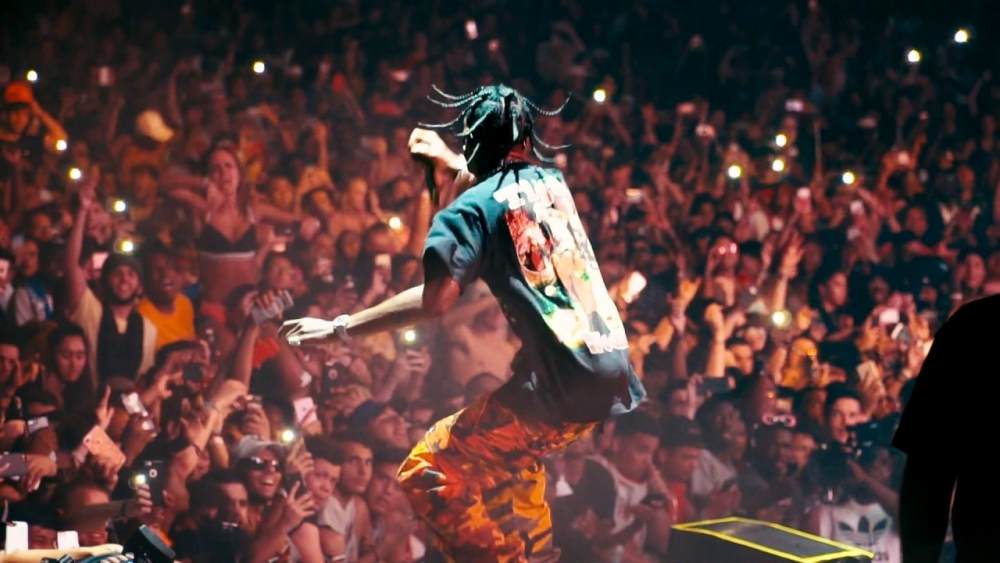 Travis Scott may require surgery after seriously injuring his knee during his performance at Rolling Loud Festival 2019.

The Houston rapper was midway through performing hit single Butterfly Effect when the injury occured, with it later being confirmed that he had dislocated his knee, causing a tear in the paterllar tendon. Despite obviously being in severe pain, Trav persevered through the rest of his set like a champion, breaking out hits from Rodeo, Birds In The Trap and of course Astroworld.

The set back should heal without treatment eventually, but surgery may speed up the recovery process significantly. Travis' shows are notoriously wild and energetic, but perhaps taking it easy for a while is now on the agenda.

To get a taste of what these live performances entail check out the full set below, or head over to Netflix where Look Mom I Can Fly is now streaming. Get well soon, Cactus Jack!