HomeNewsJohn Lewis and Boots are set to cut 5,300 jobs and close stores

John Lewis and Boots are set to cut 5,300 jobs and close stores 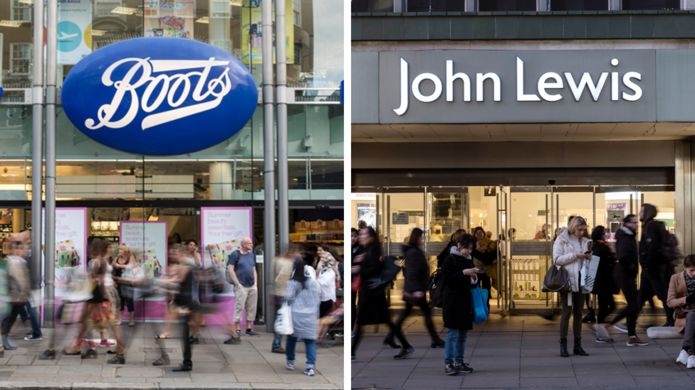 It has been announced that retail stores Boots and John Lewis are set to cut 5,300 jobs.

As John Lewis is shutting down eight of their stores in the UK, this will put their employees at risk.

When it comes to job cuts at Boots, the managing director of Boots UK, Sebastian James has described these cuts as "decisive actions to accelerate our transformation plan".

The John Lewis stores that will not reopen are in Birmingham and Watford. There are also plans to close its At Home stores in Newbury, Swindon, and Tamworth and travel sites at Heathrow airport and London St Pancras.

Since the Coronavirus pandemic, everything has changed.

The highstreets will take a long time to recover from all this.

In this current situation, it is said that Chancellor Rishi Sunak will not be able to protect "every single job", as the UK enters a "severe recession".

He’s also said that "We are entering one of the most severe recessions this country has ever seen. That is of course going to have a significant impact on unemployment and on job losses."

As well as retail stores, the airline industry has taken a hit too. A spokesperson said "Tens of thousands of jobs lost in aviation and a winter season where we're likely to see connectivity slashed," a spokesman said.

"If the government continues to ignore aviation we're going to see our regional airports with fewer connections and more jobs lost across aviation and aerospace."

Other lay-offs announced include-