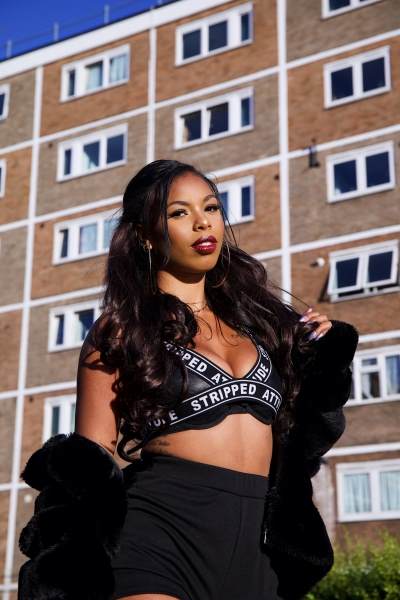 Brand new UK RnB artist Lishana from South London releases her 'hot and steamy' official music video for her debut release 'Make Sure'. The sensual singer delivers a slow RnB song about ‘keeping it real’ in a relationship with her 'from-the-heart' lyrics. Delivering breathy vocals on the beat produced by SwavBeats, she keeps the same energy throughout while hypnotising audiences with her sultry performance directed by DIR.JA and co-director Add Alfa.

The emerging Croydon native is very much influenced by Aaliyah and is not afraid to say what she feels on track: really love that about an artist! There should be no holding back, give us the good and the bad. Some of you may also have heard or recognised the Croydon-based RnB singer from auditions in the 2016 ‘The Voice UK'.

Lishana describes ‘Make Sure’ in her own words; “This song is about a girl digging a guy from the hood. She not only wants to make him feel good in a physical sense but also a spiritual sense. In my music, I want to reach broken hearts, broken souls and broken spirits. I’m with them.”

Go stream ‘Make Sure’, available on all platforms with visuals exclusively on Link Up TV and let us know what you think in the comments!