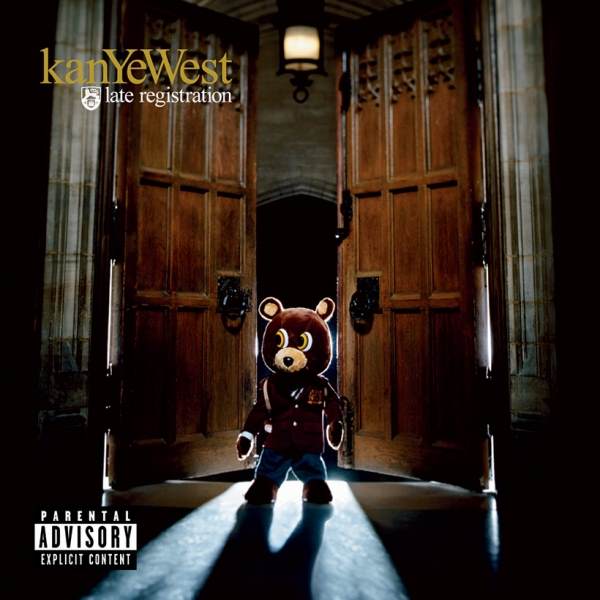 Last week I began my journey through the discography and life of one Kanye Omari West. Ye, Yeezy, whatever. The creative genius has become one of the most divisive figures in music in recent years, but his art remains for the most part unparalleled. He mastered the sample, introduced a new style of conscious politically aware lyrical content and solidified his status as more than a producer with his debut effort ‘The College Dropout’. Riding on the coattails of its success and acclaimed reception, what was next for the kid from the south side of Chicago? In Kanye’s eyes, the sky was made to be touched… and surpassed.

It’s rare that an artist's maiden project embodies the bold, daring spirit exhibited on that of Kanye’s. Regardless of this, he faced the same questions put to every other artist breaking through into the industry. Can they shoulder their own hype? Can they maintain this success? Will the second record ascend even higher? The familiar tale of the fall-off is one incredibly familiar to those who follow the rap game, and music in general. Too quick are people to be swept up amidst the euphoria of newfound fame and industry buzz, so entangled (sorry Will) that they are unable to deliver a stellar sophomore hit. But what would be of Ye? More of the same? One would be forgiven for doubling down on tried and tested formulas, especially given how groundbreaking TCD was. We must remember this is Kanye we’re talking about, and here our host returned primed and ready to push the scene along a little further.

‘Late Registration’ was gifted to the world. A perfect sequel to its predecessor, the soulful samples stacked high once again, Kanye was aware of how his project had broken the mould of what was expected from a rap song at the given time. Here he capitalised on this breakthrough, presenting instant classic type tracks bursting the seams with personality and replay value. He was determined to become a trendsetter, aiming to lay the tracks for the rest of the game to follow. Can anybody honestly say he didn’t achieve it? “Can I talk my shit again?”

People who think Ye’s controversial moments hinder his progress in creating music don’t get it, although in no way here am I justifying his actions. Of course, he believes himself to be self-important, and yet sewn into the fabric of his work is deep-rooted insecurity. Hiding in plain sight. This is what causes the man to cut such a captivating figure, at least within the realms of Hip-Hop. The sound is by its nature filled with bravado, but Ye ain’t afraid to show his pain. On ‘Late Registration’ he combines his incredible musical ear, personality, enthusiasm, inspiration and vision to create a modern-day masterpiece.

Again Kanye’s political awareness and fearlessness was at play, this time bolder in nature. ‘Diamonds From Sierra Leone’ played off his fresh obsessions with jewels and life’s finer things with the real horrors faced by those mining in West Africa. Comparing his never before experienced celebrity lifestyle with the harsh realities of the illegal diamond trade actually brought him a warm reception. People admired Ye, praising his refusal to filter social commentary from his content. The track showcases some nice flows from Kanye and takes full advantage of the Bond stolen sample. It just feels epic. Listening back so many years later, the song still feels ahead of its time, and in production tracks the insanely quick rise of a master at work. ‘Crack Music’ shed light on America’s cocaine epidemic. He underlines the detrimental effects of the war on drugs, whilst comparing substance addiction to that of Hip-Hop. The beat is soulful, heavy-hitting and reinforces the important message. Ye speaks from the heart. He doesn’t care if people don’t like him, he just wants to be heard. This track was released before he ever even had the chance to call out George Bush on national television, but he was mentioned here aplenty.

A standout track for me personally, has to be ‘Hey Mama’. It’s no secret how close Ye and his mother Donda were, and I touched heavily on that subject last week. He devoted this track to her and gave it it’s world premiere live on Oprah, with the very woman in attendance. This marks a bittersweet moment in his illustrious career, one where while still alive he was able to express the deep gratitude he felt, and admiration for the one who raised him. We saw a rare vulnerable public side of Kanye, and it’s all love. Despite the stigma attached to his name, a human side undeniably exists.

The project was littered with hits and emotional cuts. ‘Roses’ lays his feelings on the line as he pays tribute to his familiar, flowing straight poetry with convictions. ‘Touch the Sky’ showcased his sampling ability with devastating effect, becoming one of the signature anthems of his entire discography. Attached with it came a Pamela Anderson starring one million dollar video, pushing the bounds of Ye’s vision and artistic ability even further. The Lupe Fiasco feature took the song's impact to even higher levels, and that’s not the only feature to have reigned in with fantastic artistry. Jay-Z, of course, returned for Diamond’s remix, with Talib Kweli and Nas also making stellar appearances. ‘We Major’ and Adam LeVine collab ‘Heard em’ Say’ remain bonafide additions to his hit collection, but the most memorable instalment of the entire listening, of course, arrives in the form of ‘Gold Digger’.

“Cutie the bomb, met her at a beauty salon, with a baby Louis Vuitton under her underarm”. By now we’ve all heard this track a million times, whether played at the teenage house party or as a throwback in the club. It’s easy to forget just how outstanding this song was upon release, however, and look past the enticing Jamie Foxx assisted hook and the song deals with real themes of wealth and relationship issues. This was Kanye’s formula at its peak, as he delivered a socially conscious triumph, mesmerising in its delivery and overall sound. Sonically the track pleases on all fronts, the beat perfectly complementary to its counterpart. Songs like this one truly never grow old, and rightly stand as an iconic cultural moment in the history of music.

Kanye’s originality was again on full display, and as he began to fly close to the sun yet another victory loomed in the distance. It was time for this college dropout to come of age. See you, next week people, for all things Graduation. In Yeezus we trust.