HomeNewsShia LaBeouf all in for ‘Tax Collector’

Shia LaBeouf all in for ‘Tax Collector’ 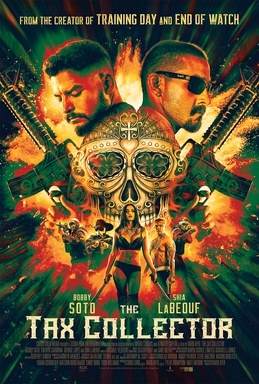 We’ve all heard the stories about when Christian Bale loss extreme weight for ‘The Machinist’ and then went on to become The Dark Knight and getting absolutely stacked. Even where some actors such as Johnny Depp will live and breathe his character of Jack Sparrow for ‘Pirates of The Caribbean’. We applaud actors and actress that go far beyond what is expected of them to commit to their roles.

Shia LaBeouf is no stranger to drama or unorthodox approaches to his role and career. His latest role sees him play as the character ‘Creeper’ who is a tax collector for a crime lord known as ‘Wizard’. LaBeouf finds himself in ‘Tax Collector’ collecting his cut from the profits of local gangs, but when an old rival returns to Los Angeles from Mexico, his entire business doesn’t want to play ball.

Shia LaBeouf being Shia LaBeouf decided just learning his lines wasn’t enough for the role and decided to get his whole chest tattooed in aid of his character.

The director of ‘Tax Collector’ went on to say “He’s one of the best actors I’ve worked with, and he’s the most committed to body and soul.” “He had a tooth pulled on 'Fury,' and then on 'Tax Collector,' he got his whole chest tattooed. So he kind of goes all in, and I’ve never known anyone that committed.

Tattoo artist Bryan Ramirez uploaded to his Instagram the masterpiece on LaBeouf’s body.

Set to release August 7th, we can't wait to see this action packed movie with some elite acting. Check out the trailer.