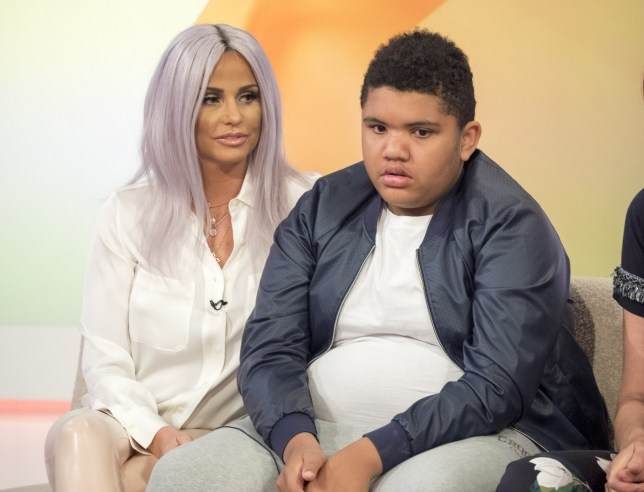 TV Star Katie Price is terrified after doctors warned her that her son Harvey is in a “perilous condition”.

She was told that Harvey, 18, is at risk of both a heart attack and organ failure, which could leave him in a coma.

Harvey was rushed to hospital when he encountered breathing problems and a 42C temperature - 5 degrees higher than the norm.

A friend of Ms Price’s said: “Katie has been preparing herself for this moment all his life and she’s been told Harvey is in a perilous condition.

"She’s been here before, but this time it’s far more serious.

“She’s trying to be tough and strong, but inside she’s falling apart and feels helpless.”

Sadly Ms Price wasn’t allowed to stay by her son’s side overnight due to Covid-related restrictions.

Harvey Price suffers from the rare condition Prader-Willi syndrome. It has left him partially blind and overweight.

In an instagram post yesterday Katie Price wrote: “I can confirm Harvey is in intensive care and in the best hands and would like to thank the ambulance services and the hospital staff for the quick response and making him stable.”

Earlier this month Katie revealed doctors told her Harvey is on the verge of death from a heart attack if he does not lose weight fast.

In a dark revelation she said she hoped Harvey would die before she does, because he simply will not be able to cope without her.