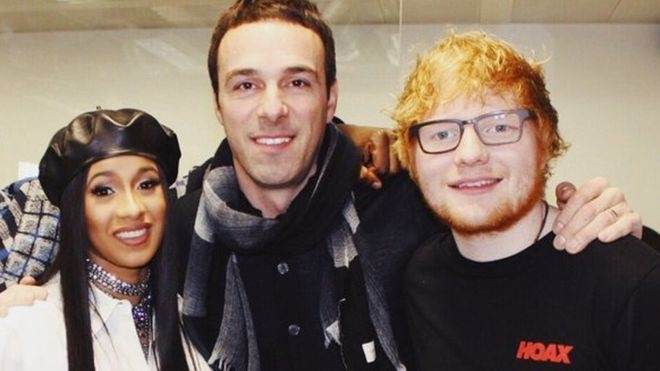 Ben Cook, who gave singer Ed Sheeran his first record deal, has stepped down as the president of Atlantic Records, in the UK, after an investigation was opened into an "offensive" Run DMC costume he wore at a party seven years ago.

Cook worked for 12 years at Atlantic, where he also signed Stormzy as well as Ed Sheeran, and amid what he called "a terrible mistake", he has announced that he will be leaving the company.

In a statement, Cooke said that after rumours emerged last year about his costume at the party, the president of Atlantic was the subject of an internal disciplinary process. After careful consideration, he has now decided to step down from his role.

“I am devastated that this mistake has caused upset and has called into question my commitment to diversity, equality and inclusion, values which I have championed throughout my career,” Cook wrote. “I have learned a great deal from this event and will resolutely continue to champion these values moving forward.”

Cook said he “unreservedly [apologises] to anyone who has been hurt” by his actions.

Cook was defended by Grime star Wiley, who he worked with on 2008 hit Wearing My Rolex, in a tweet that stated: "Ben Cook is not racist. Give that man back his job." Before Wiley realised that the president had actually stepped down on his own accord, and was not fired.

Mark Mitchell, Parlophone boss, will take on the leadership of Atlantic Records UK on an interim basis, in addition to his full-time role.