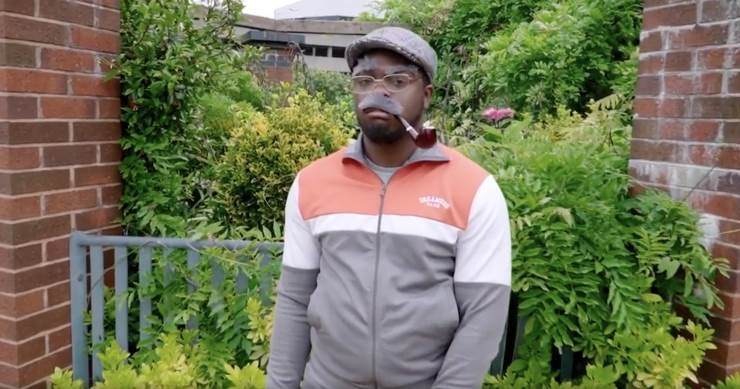 Birmingham presenter Sideman has sent for Wiley on a track entitled ‘Entanglement flow’. I know the video’s only one minute long, but a lot’s said in that space of time. Sideman also spits over the 'Wiley Flow' diss that Stormzy sent for the East London star on.

I accept it’s a spoof, but Sideman actually goes in on Wiley. When Sideman said “Zeze don’t want you” - a reference to Wiley allegedly having a thing for Zeze Millz - I knew this wasn’t any old trolling. This is top tier. Sideman also rapped “Stormzy buried you career.” If that isn’t a live disrespect then I don’t know what is.

The visuals are of the Brummie joker dressed like M1llionz in his latest track ‘B1llionz’, where he is wearing a flat cap and styling a cane.

As far as the scene's aware this is a light-hearted feud that came about after Wiley jokingly tweeted Zeze Millz to ask about their "entanglement" (a reference to Jada Pinkett's recent Red Table Talk interview).

I urge you to check out the vid.