HomeNewsJamie Foxx and Joseph Gordon-Levitt team up for ‘Project Power’

Jamie Foxx and Joseph Gordon-Levitt team up for ‘Project Power’ 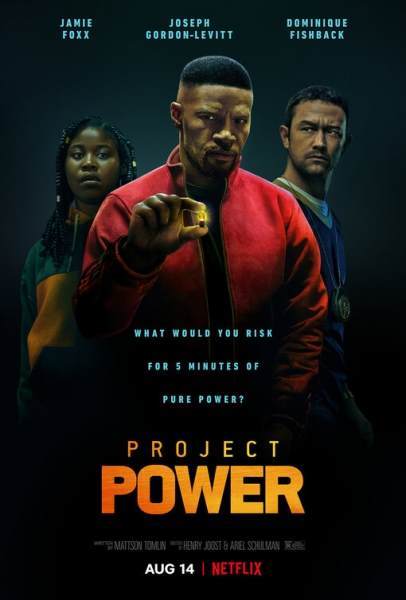 Imagine swallowing a pill and unlocking a superpower that’s been waiting to be discovered within you? Well, Jamie Foxx, Joseph Gordon-Levitt and Dominique Fishback answer that big question on August 14th in ‘Project Power’, exclusively only on Netflix.

A mysterious pill from the black market is flooding the streets of New Orleans, where it offers special powers to each user-specific to their character traits. Of course, there is always a catch, but like most things, you won’t know unless you take the pill. Some people will develop bulletproof skin, super-strength, invisibility, others may portray a deadlier reaction.

While the pill takes over the city time reaches beyond dangerous levels. Local police officer (Gordon-Levitt) teams up with pill-pusher (Fishback) and a retired soldier with a secret vendetta (Fox) to fight the powers that be in order to track down the source and stop them from creating any more.

I know, I know you’ve heard a previous concept with Bradley Cooper in Limitless, but let’s be honest Jamie Foxx or Bradley Cooper? No brainer, really.

Check out the trailer.