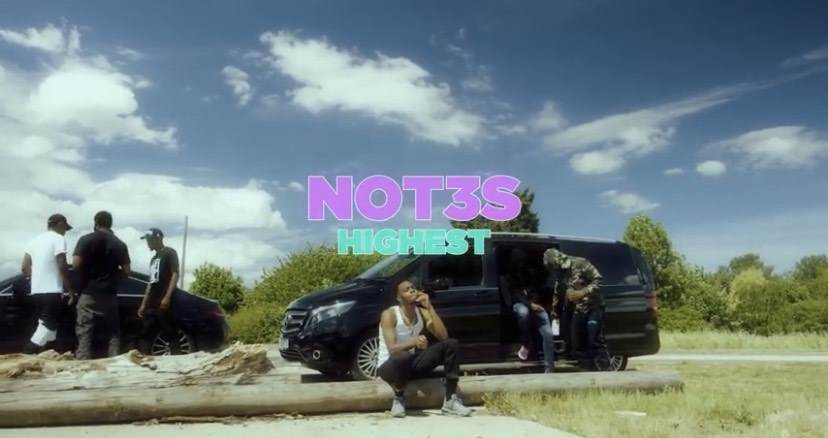 Not only has Not3s successfully delivered a very strong track, he has displayed his evident versatility by flowing on an incredibly well constructed drill beat produced by Quincytellem. As one of the UK's most favoured and successful artists in the scene, with multi-million views on YouTube it appears that Not3s provides listeners with pure heat. After two successful projects and many charting singles his run is still prevelent and promising.

The visuals to the new track 'Highest' directed and edited by Jayparpworth, are intriguing; fulfilling the intentions behind the video. The colourways infused undoubtedly create an intense effect on the song itself and the viewers watching. The production of the song as a whole is successful and Not3s has done well to return so strongly after so long.

This could potentially be a new era of Not3s as he showcases a highly eminent side and capability to himself. This presents his significant growth as an artist, and plausible improvement and development over the years. Therefore, his future in the music scene is something to look forward to seeing.