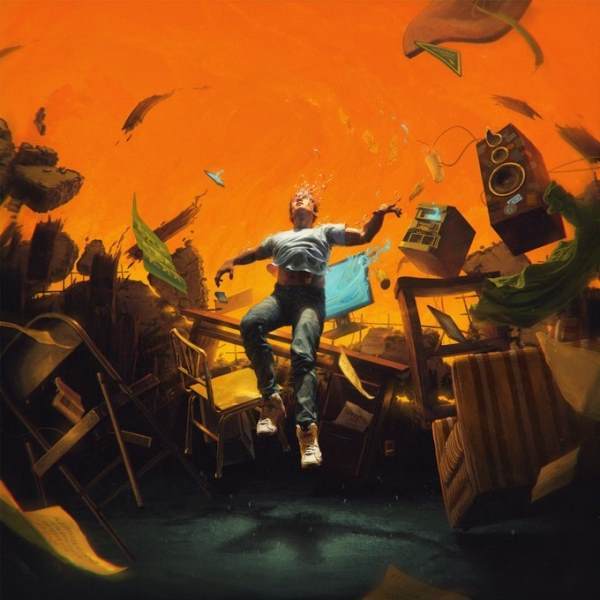 Rapper Logic has announced a new album and his retirement from music.

The US star, best known for his songs '44 More' and 'Homicide' feat Eminem revealed in a post on Thursday that after the release of his new album, he'll be stepping away from music to be a father.

The new album is entitled 'No Pressure' and will be released on July 24. It is executively produced by No I.D. The artwork was designed by Sam Spratt and features an animated image of Logic underwater, surrounded by sound speakers and furniture.

Logic is a very popular rapper, boasting 2.4million followers on Twitter and 6.7million followers on Instagram. This will be his sixth studio album, following on from the successes of 'Confessions of a Dangerous Mind', which peaked at No.1 on the Billboard 100 charts. It was his third album to reach the pinnacle of the chart world, after 'Everybody' and 'The Incredible True Story'.

Officially announcing my retirement with the release of “No Pressure” executive produced by No I.D. July 24th...

It’s been a great decade. Now it’s time to be a great father.