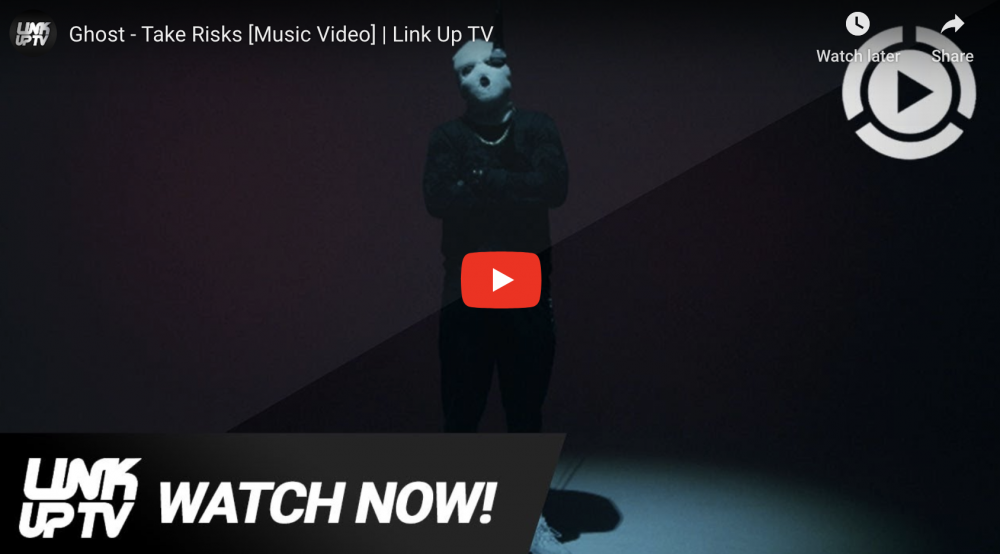 Ghost releases stripped back video for ‘Take Risks’, visuals that put the sole focus on him as he delivers straight bars for a minute and a half. This punchy and honest monologue retells Ghost’s story and how he had to ‘take risks’ to get to where he is now. The drill beat adds that extra dimension to the delivery of the bars, there’s a frustration felt in his words but an intent that is raw.

There’s a story to be told and Ghost’s is worth listening to. From being born and raised in Mexico, having lived there until he was 8 – their time in Tepito was suddenly cut short. His father was brutally murdered in his hometown, which led to Ghost and his mother fleeing to London for safety. Because of these traumas, which he has carried from an early age, Ghost channels this energy and narrates his experiences. At the age of 13, he began to put pen to paper, to note his story, expressing emotions that would primarily be felt through music with that bit more clarity - this was where his rap career started to take hold.