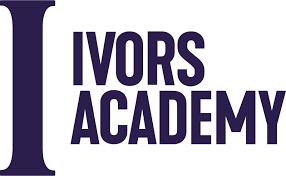 The Ivors Academy is known as the UK's independent professional association for music curators. The awards are becoming historic with 65 strong years of musical talent. The Ivors Academy celebrate a plethora of solid songwriting and composing from across the nation.
The 2020 awards ceremony will be going ahead in September, despite concerns that it would be postponed due to COVID-19. This year's nominees have just been announced and feature pioneers like Nick Cave, Kate Tempest, and of course, Stormzy. Last year's winner for this category was Ben Howard's Nica Libres At Dusk.
As one of the standout tracks on Stormzy's 2019 'Heavy is the Head' album, Crown is an emotive, explorative single narrating a heavy head that wears the crown. The track, written by MJ Cole, Jimmy Napes and Stormzy, is nominated for best song, musically and lyrically. It's up against Jamie Cullum’s Age of Anxiety and Sam Fender song Dead Boys.
"That's not anti-white, it's pro-black"
Check out the nominated single from Stormzy, below.
Share on facebook Tweet
Author: Lily Batten