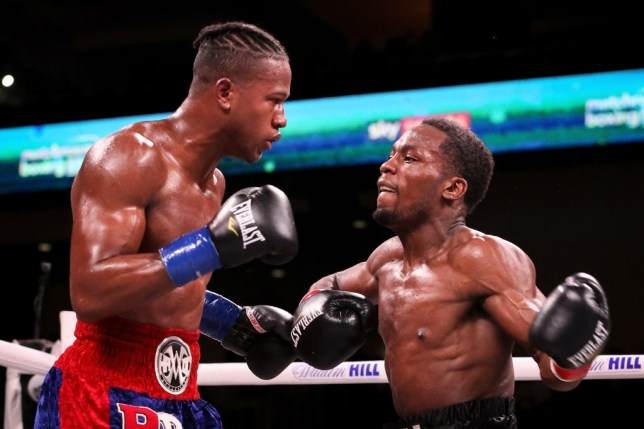 Boxer Patrick Day has passed from a brain injury four days after being knocked out in his fight against Charles Conwell.

The 27-year-old athlete suffered a traumatic brain injury during his fight on Saturday, which left him in critical condition.

The match at Chicago's Wintrust Arena was on the undercard of cruiserweight champion Oleksandr Usyk's heavyweight debut against Chazz Witherspoon.

After being knocked out in the 10th round of the fight, Day was treated for several minutes before being removed from the ring on a stretcher. He underwent surgery later that night.

In a statement on Wednesday evening, promoter Lou DiBella confirmed Day had died surrounded by his family, close friends and members of his boxing team.

"On behalf of Patrick's family, team, and those closest to him, we are grateful for the prayers, expressions of support and outpouring of love for Pat that have been so obvious since his injury," he added.

After learning that Day was in critical condition, his opponent Conwell penned a letter in which he revealed that he had considered quitting boxing and that he "never meant for this to happen".

"I can't stop thinking about it myself. I prayed for you so many times and shed so many tears because I couldn't even imagine how my family and friends would feel.

Paying tribute to Day, his promoter DiBella said the boxer's "kindness, positivity and generosity of spirit made a lasting impression with everyone he met".

Following news of Day's death, British promoter Eddie Hearn tweeted: "Devastated to hear the news of the passing of Patrick Day. I met him for the first time last Thursday, what a charming young man with a dream and a smile that lit up the room."

We extend our deepest condolences to the loved ones of Patrick Day.