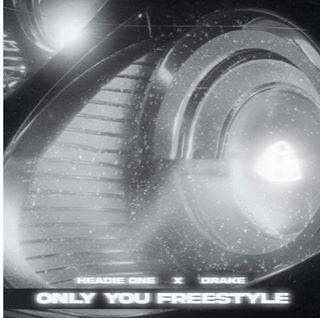 Drake and Headie One have joined forces for the first time on their new, soon-to-be hit single 'Only You Freestyle'.

Produced by one of the UK's most sought after, bona fide drill producer 'M1 On The Beat', the song pays true homage to UK drill. Underpinned by it's piercing, ominous beat, complemented by the two rappers gritty, meticulously crafted verses, the song is an emblem of the musical artistry that is behind both Drake and Headie One.

The song opens with Drake's infamously, steady yet bouncy flow, accompanied with hard-hitting punchlines and cheeky references to UK culture, including a shout out to Maya Jama. Later on enters Headie One whose verse is nothing short of lyrical excellence with his iconic Headie style flow and manipulated intonations.

The two have teased this collaboration for some time, after a co sign and public endorsement from Drake to Headie One this year. The freestyle came together organically after the Canadian rapper reached out to Headie via Instagram saying he'd love for them to do a song together.

The video showcases the two artists in an undergound basement, filmed in a low lit car park surrounded by an impressive collection of cars. And with its glitchy, edgy edits, the video is creativly reflective of the two rappers style.