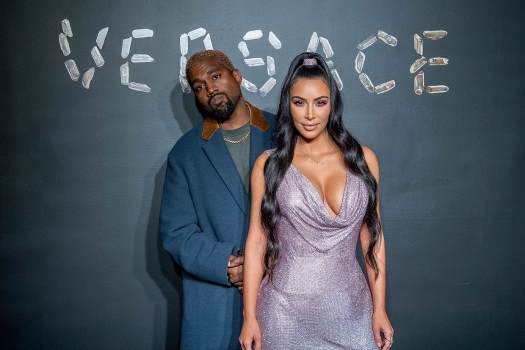 Kanye says he’s been trying to divorce Kim Kardashian for almost two years after she met rapper Meek Mill in a hotel. He said: "Meek is my man and was respectful. That’s my dog. Kim was out of line. I’m worth 5 billion dollars and more than that through Christ. But ya’ll ain’t listen to MJ and now ya’ll believe them???"

This comes after Kanye called Kim’s mum, Kris Jenner, a “white supremacist.” He took to Twitter voice his thoughts.

"I been trying to get divorced since Kim met with Meek at the Waldorf for 'prison reform'.

"I got 200 more to go. This my lady tweet of the night … Kris Jong-Un. Lil Baby my favorite rapper but won’t do a song wit me."

In his Twitter tirade, he also claimed Michael Jackson was murdered and that he’s [Kanye] worth five billion dollars, amongst other things. This is the latest in a long-run of controversial comments recently made by Kanye, and he previously revealed that Kim considered aborting North West, seven.

Check out his tweets below:

Then going on to say he’s been trying to divorce Kim Kardashian and calling Kris Jenner Kris Jong-Un.... oh and also Meek, Drake and Larsa getting a shout-out.... pic.twitter.com/laziij8IUE