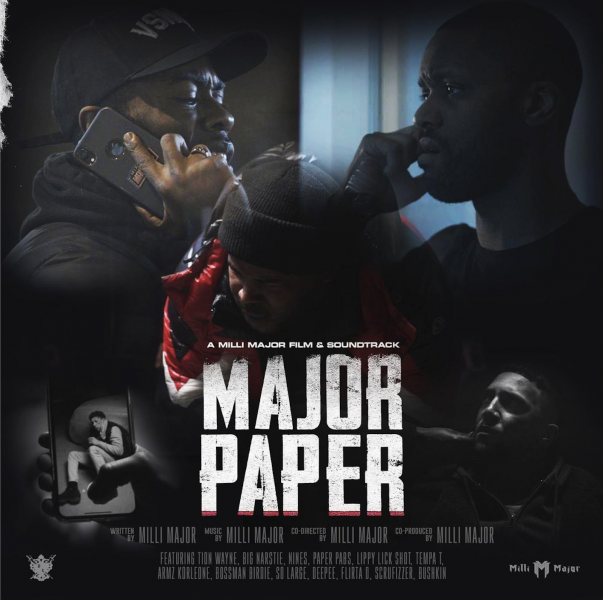 Last month Nines dropped the trailer to ‘Major Paper’ a short film by artist Milli Major. The legendary Grime MC diverts his skills towards the film industry with his debut ‘Major Paper’. Along with the debut short-film, Milli Major releases his EP with the same title.

You can expect to see the likes of Lippy Lickshot, Tempa T, Chaos and Milli Major himself plus more in Major Paper.

With Ice City TV taking on projects like ‘Crop Circles’ and ‘Just One Drop’ is Nines planning to take over the industry as a platform for film.

Major Paper portrays some harsh reality to the lifestyle’s of the road life, please be aware of explicit language and violence. The story follows Rashawn a younger who is caught up in the drug world as his older brother is in prison and his mother is suffering from cancer, Rashawn gets into a bit of grief when he loses product for his dealer Mad A. Reshawns older Leon looks for consequences in retaliating on the opposition, but as tensions rise between the two sides the weak link’s start to rust on the surface and deception is lurking.