HomeNewsLooking back at the Lupe Fiasco and Sway collaborations

Looking back at the Lupe Fiasco and Sway collaborations 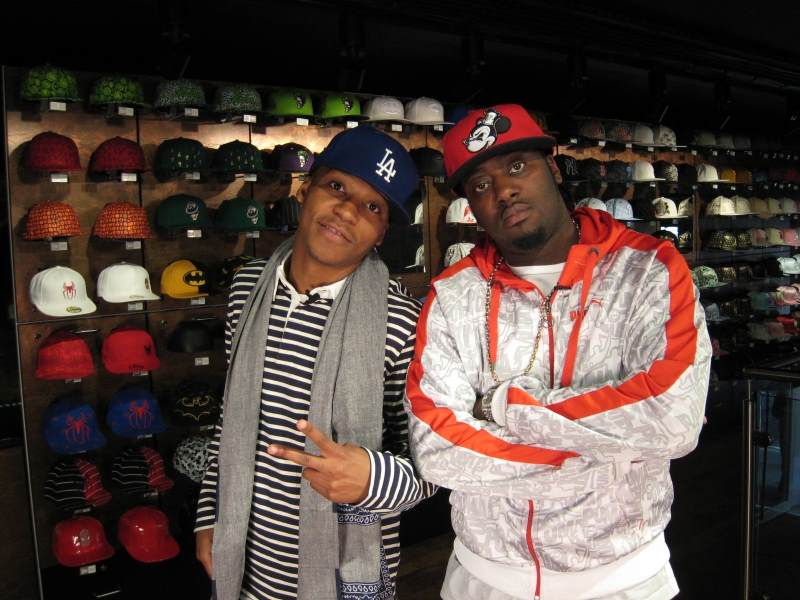 This week there is one thing everyone is talking about, the Headie One and Drake collaboration. The track sees Drake continue his flirtation with the UK, which has also seen the superstar rapper work with Giggs, Drake, get a Boy Better Know tattoo and almost beef with Wiley, which is a rite of passage for any UK artist.

In 2020, collaborations between UK and US artists are less shocking than they used to be. Part of that is down to how powerful the UK scene has become. Grime had global success, and the UK Drill sound has been imported to so many parts of the world. This confidence in our own sound has had US artists clamouring to work with UK artists and producers.

But even just 10 years ago this wasn’t the reality. Cross continental collaborations were less common. And at the time, it felt like some British artists had to prove themselves worthy of appearing on tracks with American artists, for example, Diddy’s competition to appear on the ‘Hello, Good Morning’ remix, or Nas doing a competition to appear on ‘Thief’s Theme.’ This idea of UK artists who might be well established within their own country, having to compete to be featured on a bonus track on a UK album could almost be seen as demeaning.

But there were 2 artists who forged a relationship across the pond which seemed like a case of mutual respect as opposed to one having to prove themselves. Those 2 artists were Sway DaSafo and Lupe Fiasco.

Their first collaboration between Lupe and Sway was a track called ‘We Love You’ a loose track released around the time of Lupe’s debut album ‘Food and Liquor.’ The track sees Lupe and Sway on equal footing, each delivering punchlines over the soulful beat. Around that time as well, an interview was released between the 2 artists on MySpace (remember MySpace?). The only footage that survives from that interview is of Lupe and Sway discussing their faith, with Lupe talking about being a Muslim, and Sway saying he has had both a Christian and Muslim upbringing, giving the 2 a starting point for a friendship which went deeper than music.

Their second collaboration was on a much bigger stage. In 2011, Lupe released his 3rd album Lazers. This album was released following a whole heap of controversy. After announcing that the album was finished, the album was left in limbo as Atlantic Records wouldn’t release it as they felt there wasn’t a strong enough single. Atlantic even had Lupe record versions of ‘ Nothin On You’ and ‘Airplanes’ which ended up being B.o.B songs. Lupe Fiasco fans rallied for its release, putting together a petition and actually protesting outside Atlantic’s office. The album was eventually released in March 2011. With all this going on, Lupe chose only one other rapper to feature on the album, and that was Sway. The track they appeared on together ‘Break the Chain’ was produced by Eric Turner, the man who produced Tinie Tempah’s ‘Written in the Stars.’ The fact that Lupe Fiasco, a man who had worked with Jay-Z, Kanye West and Snoop Dogg, chose Sway as the only other rap feature on the album is testament to both Lupe’s respect for Sway and Sway’s skills as a rapper.

To build up anticipation for the album and collaboration, Sway and Lupe appeared on DJ Semtex’s show to do an actual proper off the dome freestyle over Kanye West’s Monster Beat. At the end of the freestyle, Lupe is visibly impressed by Sway’s rapping skills and proclaims him one of the best in the UK.

For Sway’s third album ‘The Deliverance’ Sway decided to recruit Lupe for the sequel to his popular single ‘Up Your Speed.’ The new version ‘Still Speedin’ sees Lupe solidify the relationship between the two:

This was the last collaboration between the two and the album was eventually released in 2015, years after the release of the song. After that album, Sway took a break from the scene, focusing on other things like setting the foundations of his record label and spending time with his family. But this year Sway made a return, with a series of releases in 2020, could we see Sway and Lupe team up again sometime soon?

The relationship between Lupe and Sway was one of mutual respect, they were kindred spirits on either side of the pond. Both of them are rappers who went against the grain without making a show of it, and through that they gained acceptance. Lupe's took an underground sound and style and packaged it for the mainstream, opening the doors for a generation of rappers who could feel more comfortable rapping about what they wanted to rap about as opposed to having to cater to the mainstream sound. People like ASAP Rocky, Chance the Rapper, Drake, Earl Sweatshirt, Isaiah Rashad, J. Cole, Kendrick Lamar and Tyler the Creator have all shown their appreciation for what Lupe Fiasco did for them and for his level of skills.

Similarly, at a time when Grime was the dominating genre, Sway came through representing the UK Hip Hop scene, breathing new life into it, and bring the 2 genres closer together. Sway worked with Kano, Bruza and Terror Danjah from the Grime scene, and people Skinnyman, Baby Blue and Verb T from the UK Hip Hop scene. By working with people from both scenes, Sway was part of the group that opened the UK scene up, blurring those lines and allowing artists from different genres to collaborate more often.

And this willingness to break barriers went beyond rap. Sway worked with ska legends Madness and rocker Ian Brown. Lupe released a whole mixtape spitting over Gorillaz songs, formed a side group called Japanese Cartoon where he sang in an English accent and remixed Prodigy songs. The 2 also were very creative with songs, incorporating concepts and stories into their songs and albums. These 2 workings together just made sense.

Sway and Lupe seemed to have respect that went beyond just collaborations, it didn’t force, or a label decision, it seemed like 2 great MCs who wanted to work together, make each other better and release good music. At a time where UK/US collaborations are so prominent, it is always nice to see those that seem to come out of a genuine place of love and respect and not a label decision or attempt to crossover. Like Drake, Lupe has consistently shown love to the UK, and his relationship with Sway was a key part of that.