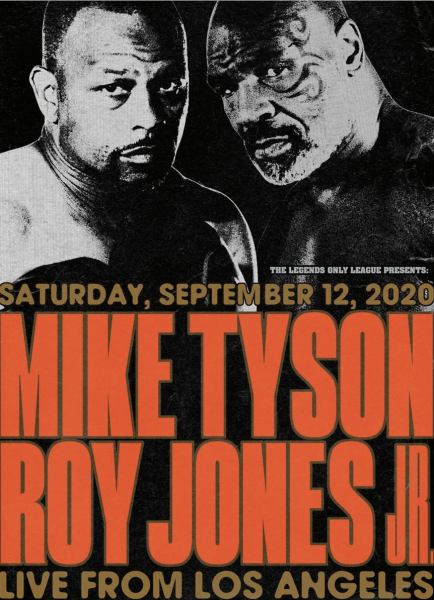 Roy Jones Jr took to social media today to announce he will be fighting Mike Tyson in an eight-round exhibition boxing match. With much speculation who Mike Tyson would fight on his return since his announcement earlier on in the year, you can be certain that we will see fireworks between arguably two of the greatest boxing competitors in history.

Tyson 54 and Jones 51 are set to make their comeback on September 12th in Los Angeles with a venue yet to be announced.

Roy Jones Jnr posted on social media stating ‘I am happy that this fight between me and Mike Tyson will happen! I was always ready and will be ready this time as well. I want all my fans to support me and tune in. Its gonna be epic’

Jones Jr, a four-weight world champion fought in 75 bouts, with 66 wins, 47 coming by way of knockout and only 9 losses.

On the other side of the ring, we all know the man dubbed as ‘The Baddest Man on The Planet’ Mike Tyson. We’ve all seen his ferocious style in the ring many years ago and the scary part about that is, recent videos of him hitting the pads don’t look like he has lost any of that ferociousness.

Mike Tyson holds the third-longest unified championship reign in heavyweight history at eight consecutive defences. With 59 bouts, with 50 coming by way of knockout, 6 losses and 2 no contest.

Although 2020 has had more downs than ups for some of us, we can sure look on to an exciting rest of the year as events like this start to build up.