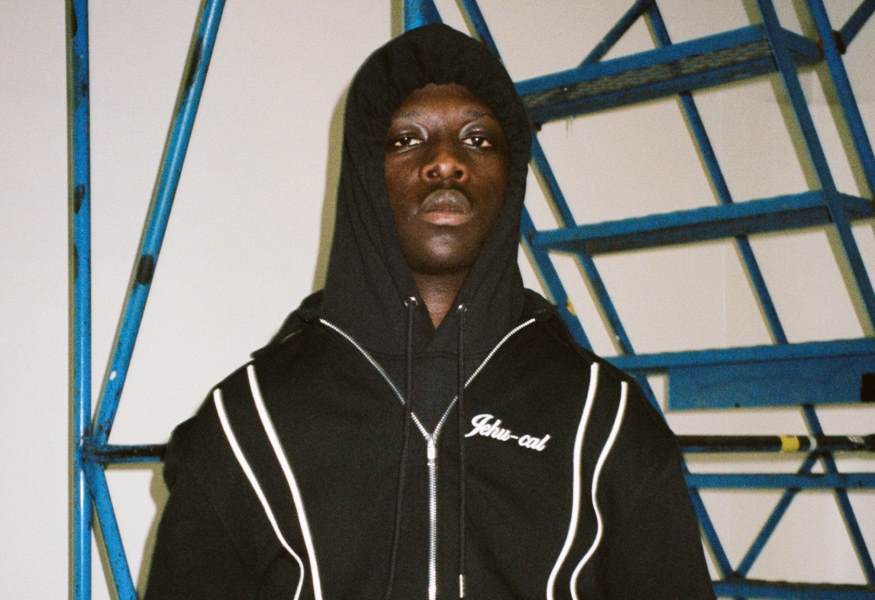 July 9th saw Homerton’s V9 and Jimmy drop the visuals to the single ‘Hello Hi’, a drill track taking on the more progressive sound. To those who have watched this video, did you notice anything that stood out to you besides the music? Ok I’m going to point out the green track-set on show, worn by V9, featuring the words ‘Till Forever’ across the back of the jacket - now I’m going to tell you that brand is Jehu-Cal – the founder, Emmanuel Enemokwu or as some of you may know him, @Emay4K, on social media. Keep reading.

Jehu-Cal is a business that is forward thinking and unique, why? I will go on to tell you. From the beginning of the story, the London-based brand took pride in how each release explored different pockets of craft of youth-led fashion design; producing high-quality products, progression with each new range, continuing to source high-quality fabrics, whilst evolving manufacturing techniques. Yes, cut to the chase, I bet some of you are thinking. What makes this story a bit different is that Emay built a brand that took his birth name of Jehu-Cal, which during his school years he was mocked for, and transformed this into his primary f**k you tool. A flipping cool brand. Now we move further into why this piece was written.

When style and music weave seamlessly into each other, there’s an energy, or for a better word, an aura, that follows. We have grown up seeing influential fashion through hip-hop, rap and R&B in the states, with the likes of LL Cool J, Destiny’s Child, Gwen Stefani, Eve, Dipset going all the way back to Run DMC - always looking across the pond for inspiration - even to this day with A$AP Rocky, Solange and Tyler The Creator’s Golf. But, when something starts in your city, you take notice and in this instance it’s Jehu-Cal… the music scene is starting to notice, especially with the track-sets. The track-sets aren’t the first time we’ve seen the brand get some recognition; Octavian has worn the Jehu-Cal Utility Vest, we’ve seen Afrobeats artist Kida Kudz supporting, rapper and producer Pierre Bourne too, Deno as well and Novelist - he’s been loyal to the brand for a long time. 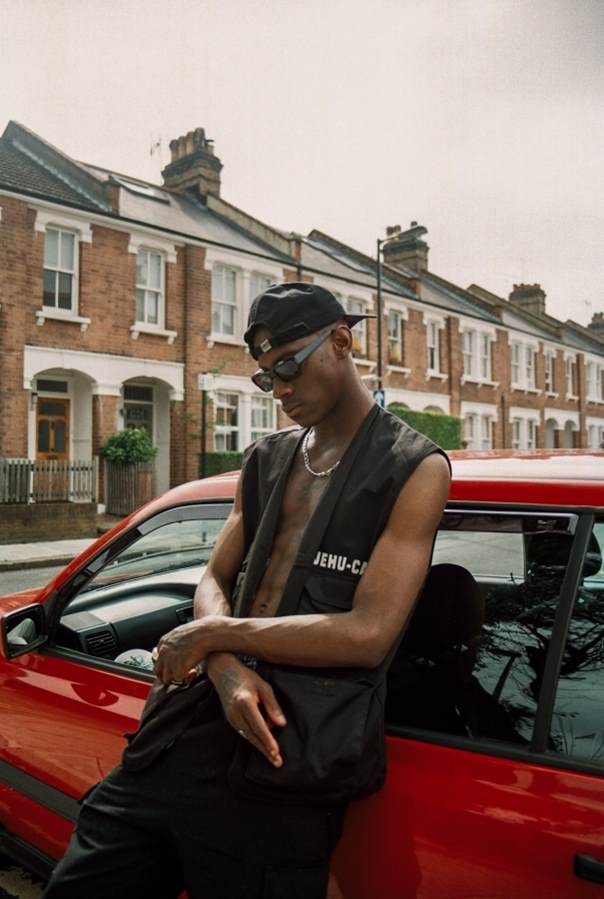 Let’s get back to the track-set I started with, I digressed, forgive me. Now I’ve seen on Twitter since its initial release, an array of people talking about the mysterious outfit being worn by the artists from the UK scene, so now you’ve got the brief backstory and the information, I thought I’d collate all the times this tracksuit has been featured by artists and the impact it’s having on the styles we are starting to see:

In the first image you will see Novelist, one of the grime scene's treasured assets and early supporters of the brand: 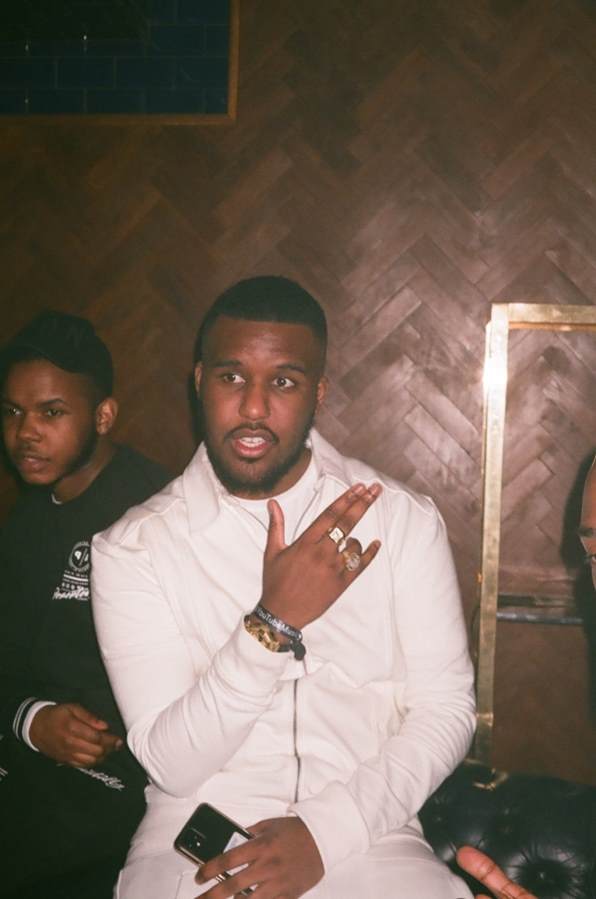 Col3trane, known for his emotive contemporary R&B, sports the white set in the visuals to his hit track with Miraa May ‘Rendezvous’. 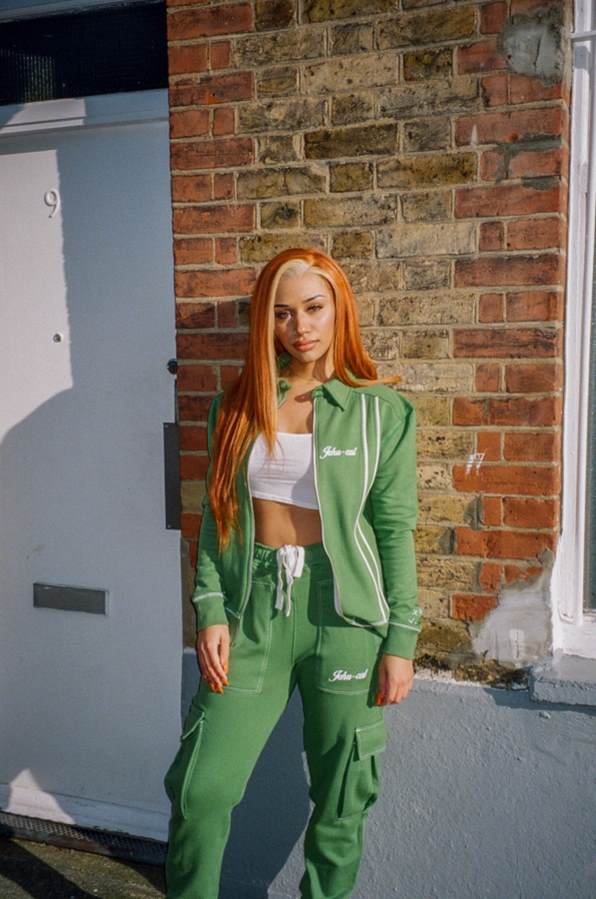 Back to the beginning now with V9 and Jimmy with ‘Hello Hi’, the track-set on fine display.

Finally, the latest one to announce their allegiance is AntsLive wearing the crisp white set in his latest release 'Tokyo Freestyle'

As you can see, some of the biggest artists releasing music right now are sporting the look. Knowing how much time and dedication has gone into building this brand, it’s great to see the acknowledgement it deserves. The pieces are cold, the branding is great, the tone of voice on the website is even better. Now, you know where to go to cop your set and it's one of those where you need to do it before your mate beats you to it.

**All photographs captured by @Emay4k**