HomeNewsFulham promoted to the Premier League

Fulham promoted to the Premier League 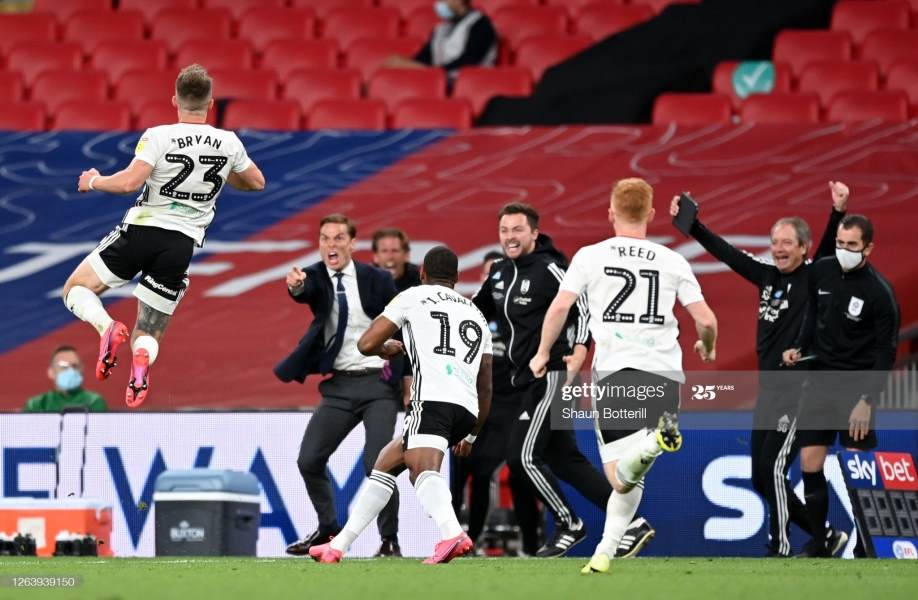 Fulham have been promoted to the Premier League following a 2-1 win over Brenford in the Playoff Final at Wembley.

The two London clubs faced off behind closed doors, with the winners gaining promotion to England's top division for next season. After a tense game saw a 0-0 scoreline after 90 minutes, it was Fulham who got the breakthrough in extra-time thanks to a cheeky free-kick by full-back Joe Bryan in the 104th minute.

The former Bristol City defender saw Brentford goalkeeper David Raya off his line anticipating a cross, so he whipper the ball towards the near post catching the Spaniard off guard and finding the net.

The second half was more Brentford, but Fulham found themselves in an attacking position on the edge of Brentford's box and that man again Joe Bryan played a lovely one-two with Aleksandar Mitrovic before slotting past the keeper for his second of the game.

Brentford scored a consolation header in the 124th minute through Henrik Dalsgaard but the referee blew the whistle immediately after the restart to confirm Fulham's promotion.

Scott Parker's side find themselves back in the Premier League after just one season in the Championship, meaning they have yo-yo'd between the two divisions for the last four seasons while Brentford must continue to wait for their first season in the Premier League. Thomas Frank's side had promotion in their own three times between the final week of the Championship season and the Playoff final and fumbled it every time, so they will need support to get over this end of season.

Congratulations to Fulham and welcome back the Premier League!