HomeNewsBeirut Latest: Death Toll Rises to 100 with over 4,000 Injured 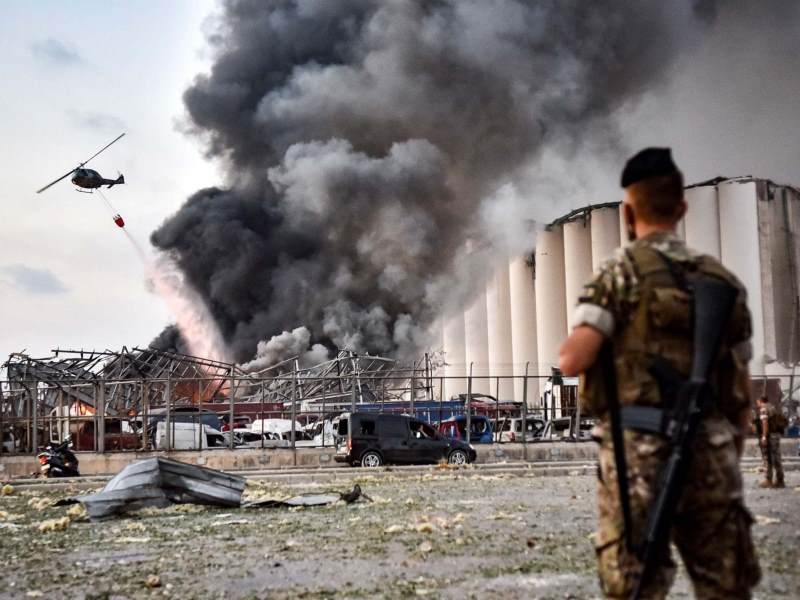 Lebanon is in tears after an explosion in the port of Beirut with at least 100 people killed (according to red cross) and 4,000 wounded as half of the city is in rubbles. It is feared that a lot more people have lost their lives as hundreds are also reported missing in the mass hysteria caused by what seems to be an accidental explosion.

The Governor of Beirut estimates the cost to the city to be around $3billion after 2,700 tonnes of ammonium nitrate exploded. So what is ammonium nitrate? It is a common industrial chemical used in fertiliser and as a component in mining explosives. It is rumoured that the chemical substance in question had been sitting in the docks for over 6 years.

Initially, the reports from the Lebanese media suggested it was a fireworks factory however that story later changed. A rough estimate on the blast suggests it was equivalent to about 240 tonnes of TNT, or about 10 times what the US military's ‘mother of bombs’ is capable of unleashing. The blast reportedly sent shockwaves shattering windows and shook the earth causing an earthquake between 3.3 and 4 on the Richter scale.

It looks like the death toll will be higher in the coming days and we may never know the exact number of people injured in the tragic blast which occurred around 18:00 on Tuesday 4th August 2020 in the port of Beirut. The UK Government is amongst those to offer their support as Prime minister Boris Johnson said that there were British nationals affected by the incident.