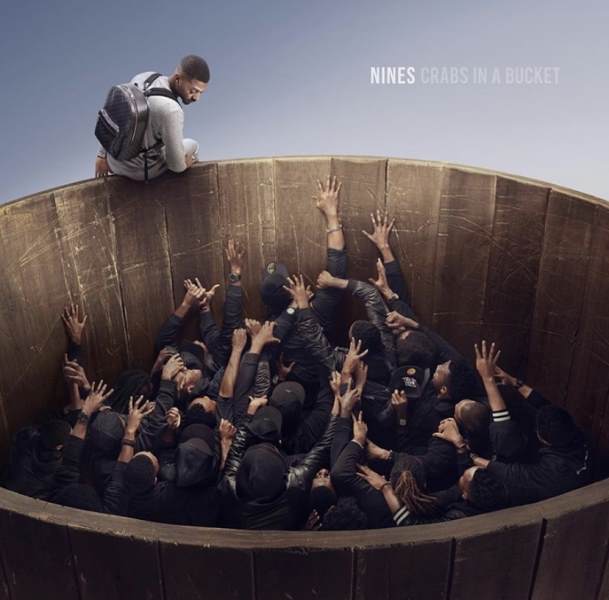 Uk rapper Nines unveils the tracklist and artwork for his forthcoming studio album titled 'Crabs In A Bucket'. The North London rapper brings something authentic to the UK rap game. Three months ago he released the sequel to his short film 'Crop Circle' which hit over three million views on YouTube and saw cameos from familiar faces and artists within the UK entertainment scene.

Personally, I like artists who challenge the narrative and in doing so create their own lane; and I believe that Nines is one of few artists to do this. The forthcoming album, Crabs In A Bucket, consists of 17 tracks including intro and outro with exciting features from the likes of Tiggs Da Author, Nafe Smallz, NSG, Louis Rei and more.

Crabs In A Bucket is set to be released on August 28. I look forward to hearing the album. What are your thoughts?