RATLIN links up with Boy Boy to drop “Adrenaline Remix” 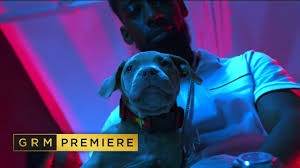 West London’s ‘Ratlin’ has teamed up with Jamaica’s ‘Boy Boy’ to remix “Adrenaline”. Considering the original racked up over 7,000,000 views and the following Ratlin has, the remix should do the rounds and could easily see as many views as the original, if not more.

You may have seen Ratlin’s mugshot circulating social media recently, but this hasn’t dissuaded the Mozart man and his team from releasing bangers. The visuals bounce between Ratlin and co. in the UK, and Boy Boy with his entourage in tropical JA.

Lyrically it’s what you expect from Ratlin, with lots of insight into the life he leads. “Two macs in the whip” should be the giveaway. I often find when UK rappers spit over Dancehall beats it can be a bit cringy, but I throw my hands up and admit I’m wrong here - Ratlin defied that expectation.

Make sure you check it out here