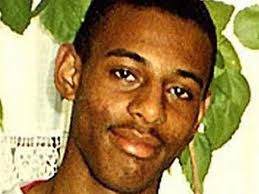 The Metropolitan Police service has announced it is to shelve the investigation of the 1993 racist murder of then 18-year-old Stephen Lawrence.

Having admitted it has exhausted all possible leads, The Met has said it will be closing the investigation - despite the fact some of the racist thugs are still out there.

Stephen’s father, Neville Lawrence remains hopeful that publicity around the 25th anniversary of his son’s murder, as well as a BBC documentary, would drive a crucial witness to come forward.

He said: “"I am disappointed to hear this news but not surprised."

"I had hoped that the conviction of two of the killers in 2012 would lead to new evidence coming to light and a prosecution of the other suspects."

"This has unfortunately not happened and, over the last few years, I have had to come to terms with the reality that some of the killers of Stephen may never be brought to justice for what they did."

Only two of Stephen’s killers, David Norris and Gary Dobson, are currently serving life sentences for the murder, meaning the other animals are still out there, having literally gotten away with murder.

Stephen Lawrence was pounced on by a gang of white working-class youths in Eltham, South East London on 22 April 1993. During the attack Stephen suffered two fatal stab wounds through his arteries and tragically bled to death.

I hope to see the day when the other killers are behind bars, and we pray for the Lawrence family.