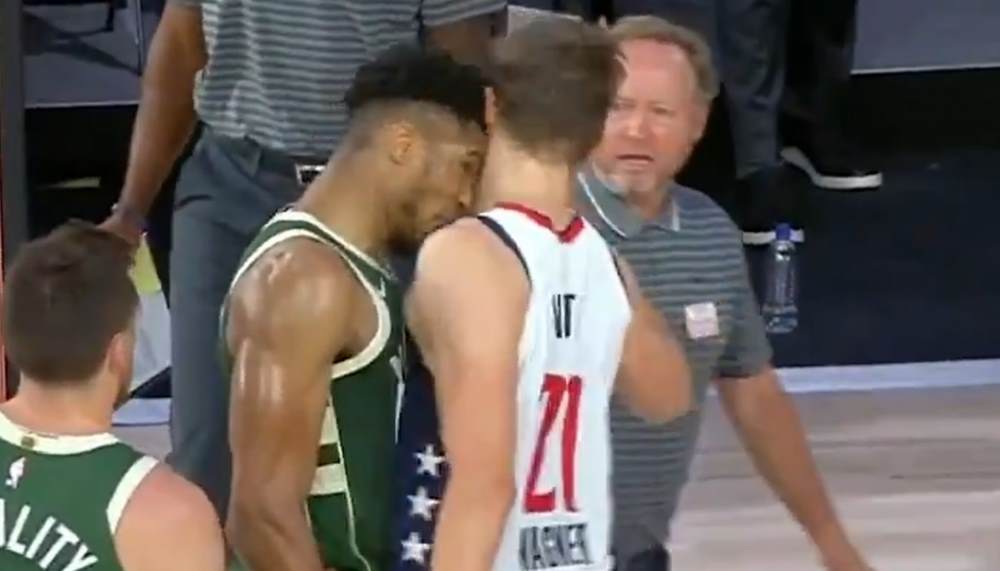 The road to the NBA Championship has really started to become heated. Tuesday night saw Milwaukee Bucks forward Giannis Antetokounmpo suspended for one game without pay for head butting Washington Wizards centre Moritz Wagner. Antetokounmpo was issued a Flagrant Foul two and ejected from the game in the second-quarter with 8:50 remaining left to play. However, the Bucks did go on to win the game 126-113.

Giannis Antetokounmpo will have to miss a game due to this incident and will not return to the Visa Athletic Center on the campus of ESPN’s Wide World of Sports in Orlando. Antetokounmpo will serve his suspension Thursday when Milwaukee takes on Memphis Grizzlies in their final seeding game prior to the start of the Playoffs. The one-game suspension will cost the reigning MVP $178,255 according to ESPN’s Bobby Marks.

The dubbed ‘Greek Freak’ stated to reporters "If I could turn back time and go back to that play, I wouldn't do it," he went on to say. ”But at the end of the day, we're all human, we all make mistakes. I think I've done a great job all year and in my career, keeping my composure and focusing on the game. But like I say, we're all human, we all make mistakes.”

In regards to Moritz Wagner, Giannis said this, "I don't think I was frustrated with Wagner, I think it was just the whole, like, build-up of dirty plays in my mind. Guys tripping me, guys falling in front of my feet, holding me, hitting me. It wasn't just -- I don't have nothing against Wagner, it wasn't just him."

Giannis average the regular season with 29.5 points, 13.6 rebounds and 5.6 assists per game. He is the current MVP of the league and is a favourite to bring home the MVP title this season for a second straight year.

With the Milwaukee Bucks being one of the favourites to win the NBA championship this season we can expect a lot more excitement to come. For now, here’s a clip from ESPN of Giannis Antetokounmpo with a good ole Zinedine Zidane-esque headbutt.