HomeNewsIntroducing The Out Of Home Community Platform

Introducing The Out Of Home Community Platform

Out Of Home Amsterdam (OOH) is probably the best community platform and podcast you haven’t yet heard about, but all of that is about to change.

The four friends all have strong ties with London, Kieran, Kwame and Yaf represent different parts of South, whist Steven has spent the majority of his life in North London. All four members have forged careers in the creative industry with experiences across sport, music, and lifestyle. The collective wanted to bring together their shared experiences as young black Londoners raised in similar environments who now live and work abroad to the forefront –and that’s how OOH was created. 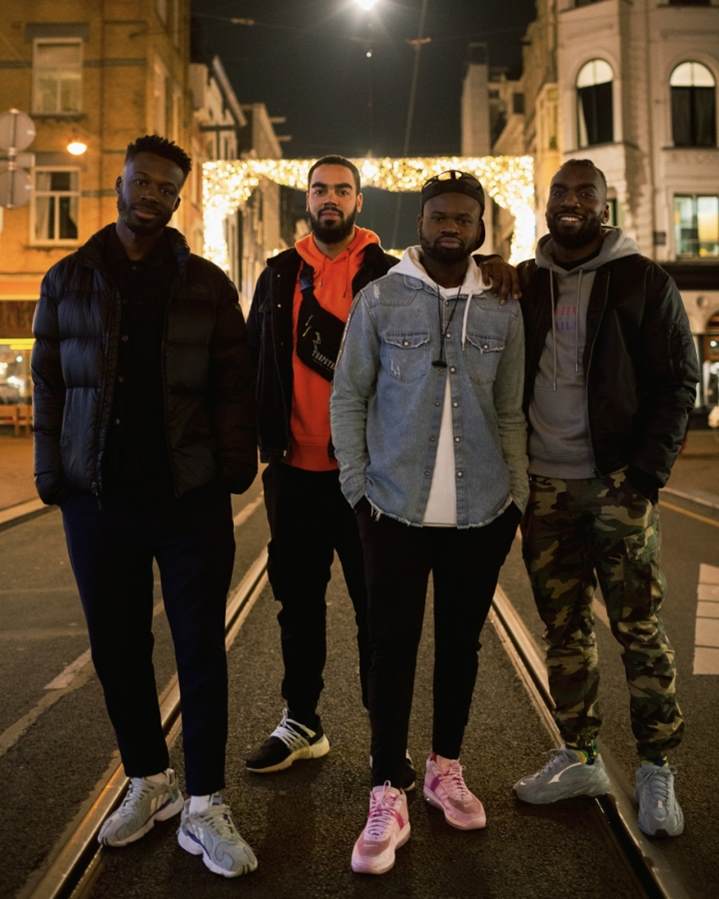 The initial concept of Out Of Home was based on a number of different aspects. The team consciously chose a name that would truly embody the multi-faceted nature of the brand. One of the main reasons behind the name choice is that the aim of the group is to explore themes of truly coming out of your comfort zone, curiously embracing a new culture and embarking on a journey of personal growth.

The podcast aspect of the OOH has brought together people from the worlds of sports, music and fashion in a unique way as the four friends are able to have light-hearted yet meaningful conversations with their guests by creating an unrivalled atmosphere that promotes the telling of stories and anecdotes not heard before from well-known contributors.

The community platform has developed since its inception to include conversations around all kinds of topics including but not limited to racism and social issues such as workplace bias based on varying factors.

Some of the notable people that have appeared on the podcast include:

The Plug. The man behind The Plug Records who released ‘Plug Talk’ one of the hottest rap albums of 2019 that featured Lil Baby, Tory Lanez and D-Block Europe alongside a host of other big names from the UK and US rap circles.

Nigerian baller Victor Osimhen, who is one of the best young talents in world football right now and recently joined Napoli in one of the biggest moves of the summer.

Mabdulle. A multi-talented creative best known for his photography skills. He has worked with the likes of Stormzy, adidas and Davido.

Out Of Home are working hard on building upon what they have created and are working towards creating a larger reaching platform that includes more projects outside of their weekly podcast, they have already hosted open forums amongst their already burgeoning community members and aim to host more in the near future amongst other creative plans. So, watch out for new and exciting things coming from the boys soon.

Checkout the OOH Instagram page here. You can listen to the podcast on Spotify or Apple.

To find out more about the guys, their ideas and what they’re getting up to, you can follow them on the below social handles.