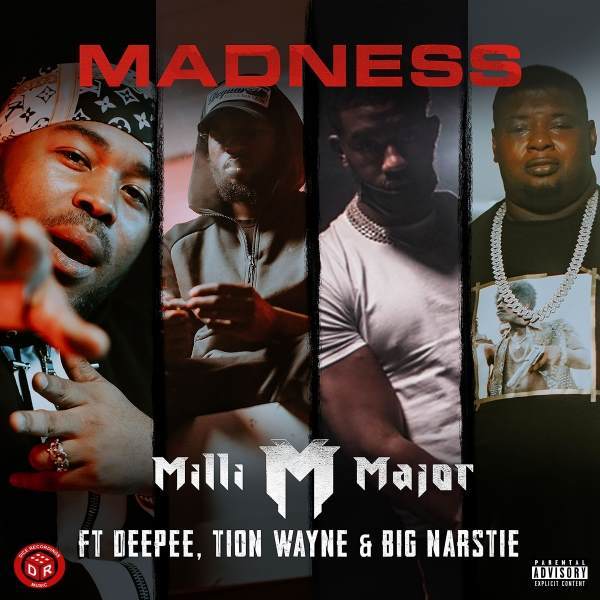 The track comes off the soundtrack for the film 'Major Paper', the vibe on the song has an authentic rap feel with a hint of Drill. The chorus is catchy and speaks about life in the Trap, it creates a visual representation of what the film is about.

With a mix of flows, from Deepee (Smoke Boys), a melodic sound from Tion Wayne who has a Bashment and yardie flow finally Big Narstie who uses a mix of African and Spanish vocabulary.

After speaking to Charlie Sloth, Milli Major says: “I depict my reality, all of this is apart of me, you never know what you will get when you see my name on a track, I have many sounds, I might make a drill tune today and then make a grime tune tomorrow. My sound is a hidden treasure.”

The film 'Major Paper' is about life in London and how drug dealing can all go wrong, the film is available to watch now.

The soundtrack to the film is officially available on the 11th of September.