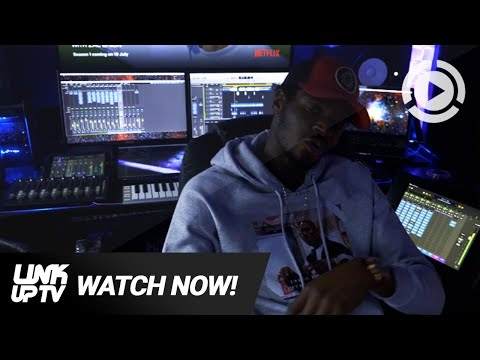 Jeremy Corbyn might be out of work, but that doesn't mean the labour has to stop. Well, at least the work isn't stopping for rapper Corbz who has gifted the scene with his new track 'Can't Fold.

This is a wavey sounding joint that will come at you from all different angles. 'Can't Fold' is a slow burner that gets its fuel from the hard-hitting lyrical ability of Corbz.

This is a track that you can tell Corbz has taken his time with and put a lot of energy into. The delivery of his lyrics are punchy, and he manages to put a signature sound on each bar.

In the video for 'Can't Fold,' we see Corbz in the studio shelling down and getting into his zone. The song itself has great energy, and this is certainly matched by the visuals.

'Can't Fold' is evidence that Corbz is ready to pull up on the scene and start making waves. The sound of Corbz isn't the sound of your average modern artist he comes through with an old school tone that is represented in the style of his bars.

Make sure you guys go and check out 'Can't Fold' below now and let us know if you're feeling the vibe.
Share on facebook Tweet
Author: Stephen Jones
@UnknownSteve_@sjonesalist