HomeNews‘ I wanted my fans to see where I came from and how I made it out.’ YUNG Citizen speaks on the process behind the ear-grabbing project ‘Formula I’

‘ I wanted my fans to see where I came from and how I made it out.’ YUNG Citizen speaks on the process behind the ear-grabbing project ‘Formula I’ 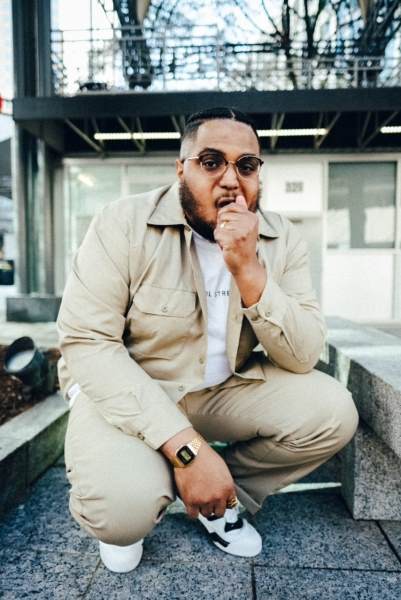 Each song on the project articulates strength, wisdom, and encouragement. YUNG Citizen’s music is an open journal, and each song is a rhythm of truth encouraging fans “that “there is a light at the end of the tunnel. You have to want better for yourself, so you have to do whatever you gotta do to put yourself in better situations.” YUNG Citizen expresses the importance of letting go of family or friends putting you down. One of Yung Citizen’s favourite thing about working on ‘Formula I’ was the “process,” he incorporates his fans in everything he does. “I love the building process when it comes to creating music and thinking about how I want to impact my fans through music and lyric content.” Yung Citizen wants fans to see where he came from and how he made it out, reminding them never to let their situation limit them.

Being a lyrical genius is not always easy. YUNG Citizen takes pride in his lyrical ability “my most favourite thing was writing the lyrics because I wanted to come raw and vulnerable as possible.” Past trials and tribulations, past experiences, and daily life construct YUNG Citizen lyrics, he wants us to see life in his lens. Musically inspired by Oddisee, The Neptunes, Thundercat, and Earth Wind & Fire. Each inspiration is suited to a specific reason, Oddisee’s writing process, and how he can construct his records, The Neptunes, how they aim to be different every time they produce a record for artists. Earth-Wind & Fire ‘for their huge melting pot of musicians and how everything just meshes together and so well when they create music. ‘ Musical inspirations are so important, and it helps the artist set a goal for themselves.

Each artist’s journey is personal to them, which is often reinforced in their music. YUNG Citizen’s journey stemmed from inspiration, going to music school in Catawba College in Salisbury, taking songwriting classes. YUNG Citizen has been on his musical journey for over ten years, looking up to and studying, some of the most prominent artists “Notorious B.I.G., Heavy D, Jay-z, Tupac, DMX, Oddisee, BAS, J.Cole. He got his name as a teenager, he and his homies knew his musical destiny and suggested he came up with a name “ I wanted the YUNG to be without an “O” to stand out. “Citizen” honestly just came from me being a Citizen of America. “

YUNG Citizen’s upbringing shaped him tremendously; he knows what to avert from, which will strain his happiness. He thanks his parents for making sure he lived a life with fewer struggles and teaching him unforgettable life lessons. Building and developing your craft is crucial. During his internship at JAMBOX in New York, he learned “how to grind and work tremendously hard for what you want. I learned just to sit and listen and learn from folks who have been where you’re wanting to go.” Reminding fans to keep on fighting for what you want.

YUNG Citizen wants his music to reach heartfelt, impactful levels to be “refreshing,” “positive,” “motivational,” and “inspirational” like oxygen to fans. His goals for the next five years is to get selected for a tour in America or internationally,” it would be dope to have a small tour in the UK.” Also, producing YUNG Citizen aims to be a successful artist all across the board, produce for American and UK artists, sponsored by a clothing brand and different brands. YUNG Citizen is the vocal truth; we’ve been missing out on, make sure to listen to his project ‘Formula I.’