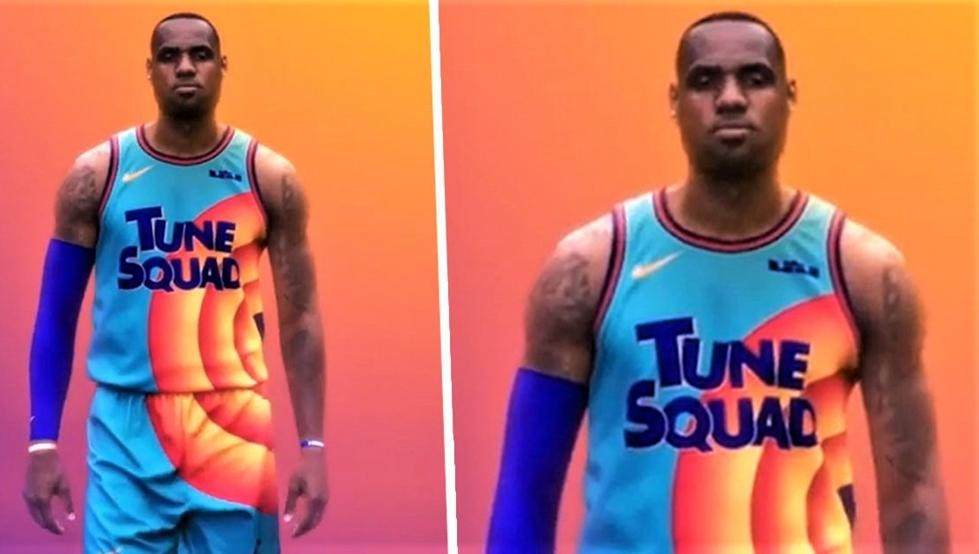 The new Tune Squad jersey for Space Jam: A New Legacy have been revealed by LeBron James. In 1996 we saw Michael Jordan switch his Chicago Bulls Jersey for the Tune Squad jersey as he helps the likes of Bugs Bunny, Daffy Duck and Marvin The Martian take on The Monstars for the battle of his fellow NBA players talents. Space Jam was a huge box office success and became a cult classic for kids that grew up in the ’90s. There were rumours LeBron would take the mantle as the newest edition of the Tune Squad which he confirmed a few years ago.

According to the title of the new movie Space Jam: A New Legacy will not be a direct sequel to Michael Jordan’s Space Jam and has been described as more of a reboot to the original. The plot details of the movie are yet to be released. We can expect other NBA and WNBA stars to be making an appearance in the new movie as well as some familiar faces from the Looney Tunes.

LeBron James is currently in the NBA Bubble in Orlando, Florida as he prepares for the Playoffs in the first round Los Angeles Lakers’ will take on Portland Trail Blazers. LeBron James is one of today’s most hard-working athlete had to reveal a sneak peak of the upcoming film for fans. The Twitter account for LeBron James Family Foundation shared the first look video of LeBron suited up as a member of the Tune Squad, revealing updated threads for the sequel.

With Space Jam: A New Legacy being a reboot there was no doubt that the kit was going to be upgraded. Although there are still some similarities the Looney Tunes logo is still present and bigger on the new kit. Ditching the white kit and bringing in the light blue; does this mean were be seeing the Tune Squad playing away oppose to home?

Warner Bros is yet to start advertising and promoting the new movie, but this could change now with the new kit reveal. Space Jam: A New Legacy is set to be released July 16th 2021, WB has not delayed the movie despite the coronavirus pandemic. LeBron and the LA Lakers are arguably the favourites to win this year 2020 NBA championship and with Space Jam: A New Legacy in the pipeline could this be another credential to add to King Jame’s greatness.

Check out the kit reveal now.