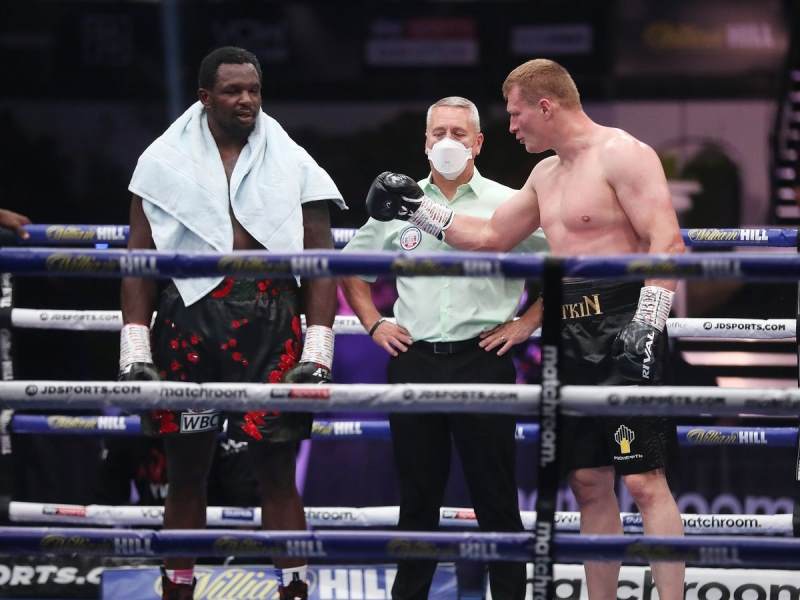 The Brixton based boxer Dillian Whyte’s hope of a world-title shot was shattered Saturday night by opponent Alexander Povetkin. The Body Snatcher sent Povetkin to the canvas twice in the fourth round and in like ‘Terminator’ fashion the Russian fighter picked himself-up from the ring before the ten-count.

Povetkin was clearly being out-boxed for three rounds and was down twice in the fourth. Just as Whyte seemed to be securing the WBC world heavyweight title-shot, Povetkin produced an astonishing left uppercut in the fifth.

Whyte who needed treatment following the knockout presented fine after medical staff assisted him back to his feet. Matchroom promoter Eddie Hearn has stated Whyte will get an immediate rematch following Saturday night defeat, ”It's one of those things, it just landed. I was bossing it. It is what it is. A rematch, let's go," he was heard to say.

"I can't quite believe it when the punch landed I felt like I was in some dream. The fight was over virtually. Dillian was measuring Povetkin up, then two heavy knockdowns. I and others thought it was over. This is the drama of heavyweight boxing - one punch can change everything. He has to do a job in a rematch.”

Dillian Whyte’s only previous defeat was by Joshua in 2015. Since then Whyte has put solid names on his record. The Brixton boxers itch to fight could not see him sitting on the sidelines waiting for his world-title shot and simply endeared him as a risk-taker to fans and improved him as a fighter and athlete. Ultimately it’s heavyweight world boxing and all it takes is one punch to end a dream of championship status. Dillian Whyte set’s his eyes on an end of year rematch to revive his dream of stepping into the ring for all the titles.

Check out the highlights.