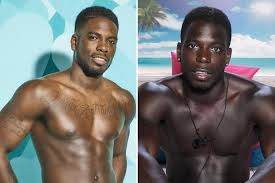 The former Blazin Squad man was en route to a food joint when he was set upon by four masked men carrying lengthy blades.

The 34-year-old said: "I was understandably shaken by what happened but I'm fine and not hurt at all."

A source close to Marcel said the star had been travelling with a friend to a restaurant when he noticed people on mopeds taking an interest in his car.

The source said: "Each time they stopped at a set of traffic lights the mopeds would pull up next to them on either side of the car and just looked shady.

“Then when Marcel and his friend pulled into a side street to park up they saw the mopeds head towards them again. Each moped had two people on and they kind of circled around the car.”

The source claims at this point Marcel and his mate jumped back into the car, at which point the assailants started screaming “get out the f***ing car” as they tried to smash their way into Marcel’s motor.

The source added: "Marcel and his mate sped off and headed away as fast as possible. It was a terrifying experience but nobody was hurt in the end and the car just had a few scratches on it.”

The motive of the attack remains unclear.