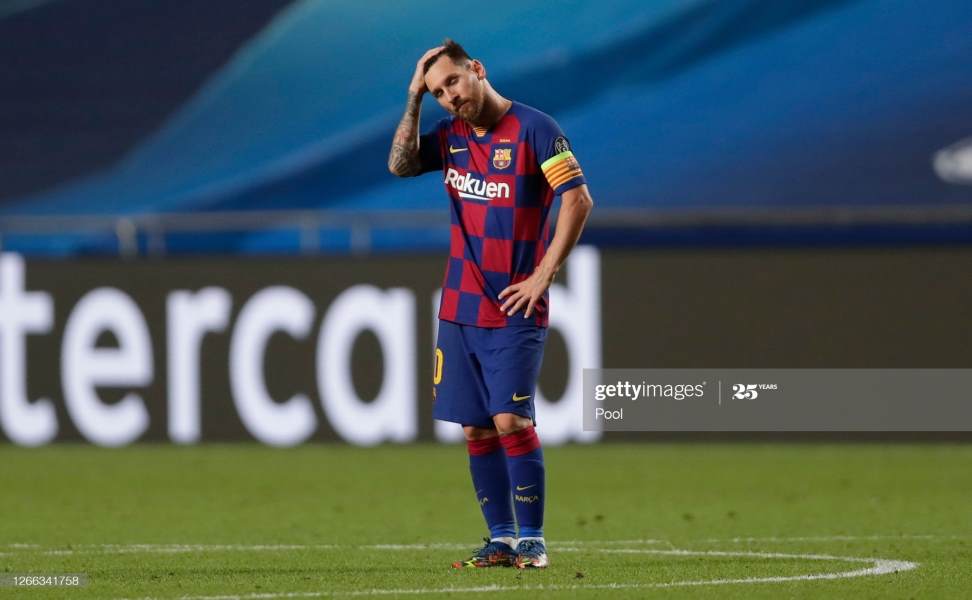 Lionel Messi has officially told Barcelona he wants to leave the Camp Nou this summer!

The Argentine forward is regarded as the greatest player of all-time and has spent his entire professional career in Catalunya with Barcelona. He is their all-time top goalscorer and is second on their all-time appearances list.

But having grown frustrated with the hierarchy at the club, and following Barca's humiliating 8-2 defeat to Bayern Munich in the Champions League, Messi has decided enough is enough and he will leave the club.

Messi has a clause in his contract that allows him to leave the club for free at the end of each season if invoked before a certain date. While the contracted date is June 10th, because of the COVID-19 pandemic and the season being extended into August Messi believes he has until the end of this month to invoke the clause and has done so. He has also told the club he will not be returning for pre-season tests and training next week.

Barcelona, however, are contesting the invoking of the clause, stating that it expired on June 10th and there were no talks about extending it because of the season being extended. The club has called an emergency board meeting for Wednesday to discuss what will happen next.

Messi earns a reported €1.3millon per-week after taxes, and while it's highly unlikely anyone will be able to pay him that there is speculation that Adidas, his sponsors, could up his brand contract to help take him to an Adidas sponsored club. His options are limited because of his demands and the money he's able to request in wages, but there are options.

There is almost certain to be a legal battle between the two parties, with Messi adamant he wants to leave and Barcelona adamant they are due a transfer fee since the clause has expired. It's one to keep an eye on though.

Where should Messi go? Let us know.