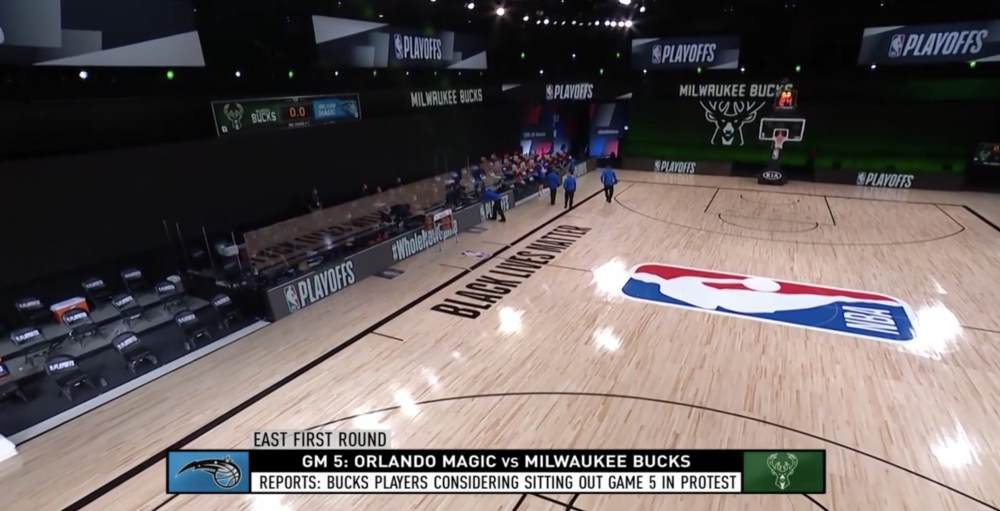 NBA side Milwaukee Bucks have refused to leave the locker room for their playoff game on Wednesday night following the shooting of Jacob Blake by police this week.

The Bucks were due to face Orlando Magic in Game 5 of their NBA playoff game in the NBA bubble in Florida, but having had discussions among themselves and other players in the league, decided to boycott the game in protest.

Jacob Blake was shot in the back by police 7 times after breaking up a fight on the side of the street and was left paralyzed from the waist down. Blake was unarmed and not a threat in any way, but the police decided to shoot him as he got back into his car where his three sons were watching on.

The shooting happened in Wisconsin, just 35 miles away from where the Bucks play their home games.

Two years ago, Bucks player Sterling Brown was assaulted by police when they pulled him over and knelt on his neck while tasing him. He is one of the players boycotting the game.

While it's not official yet, it is expected that several other teams will join them in boycotting the fixtures for this round and potentially going forward.

The Bucks players made this decision in the wake of the Jacob Blake shooting in Wisconsin, ultimately deciding that they wouldn't leave the locker room for the start of Game 5 against Orlando. https://t.co/COJ6E0aJLj

The Jacob Blake shooting happened in Wisconsin.
Bucks guard Sterling Brown was himself a victim of police brutality two years ago.
This is personal. https://t.co/3ihp5d9kmK