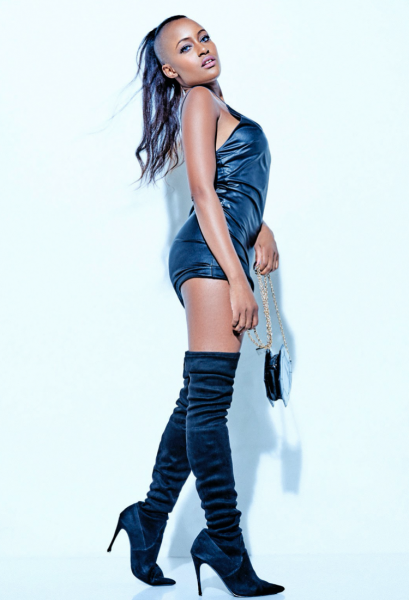 Chantae’ Vetrice is back with something pumping for the ladies, new track ‘Run to the Money’ (RTTM) is set to empower all the female moguls of this world. In a time where women are dominating the Rap and RnB industry, Chantae’ makes her mark with what some may call the female hustler version of ‘Run the World’ (Girls!). ‘RTTM’ is filled with energy from the start as well as motivating lyrics that fans can find strength in. Chantae’ says “Run to the Money (RTTM) is not just about money in the physical sense but the idea of being a female hustler. Not letting life get the best of you and keeping laser-focus on what you want out of life. It’s about being a badass chic”. Her interpretation of the track shows her style as an artist, not only to break the boundaries that come with being a Woman in music but to inspire others too.

The fast pumping beat behind ‘RTTM’ has a pop-feel to it yet the swag and style of Chantae’s verses still gives us an element of Hip Hop, it’s certainly in its own lane and is catchy. Similar to her latest single ‘Vain’ which was a successful track as the video gained over 200k views, Chantae’ is confident, clear and direct in her vision to be powerful in the industry.