HomeNewsAdele breaks silence after being accused of cultural appropriation

Adele breaks silence after being accused of cultural appropriation 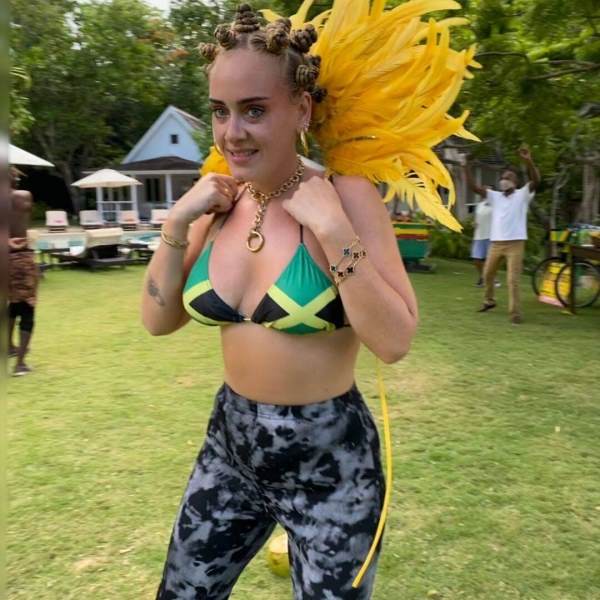 Adele has been accused of cultural appropriation after posting a photo of herself wearing a Jamaican flag print bikini, with her hair in Bantu knots.

The photo was intended to be a tribute to the Notting Hill Carnival, which was cancelled for the first time ever. However, the picture sparked a heated debate about cultural apropriation.

Journalist Ernest Owens took to Twitter to voice his frustrations at the photo. He said: “If 2020 couldn't get any more bizarre, Adele is giving us Bantu knots and cultural appropriation that nobody asked for.

“This officially marks all of the top white women in pop as problematic."

Another Twitter user wrote: "Dear white people, please just be yourselves and stop it for good with cultural appropriation. Adele the Bantu knots were unnecessary. The Jamaican flag bikini top was unnecessary... Please just stop it,"

However 32-year-old Adele took the nonchalant approach with said accusations, and even used patois in the comments section of an Instagram live.

Did she nick somebody else's culture, or did she make a heartfelt tribute to something she loves?